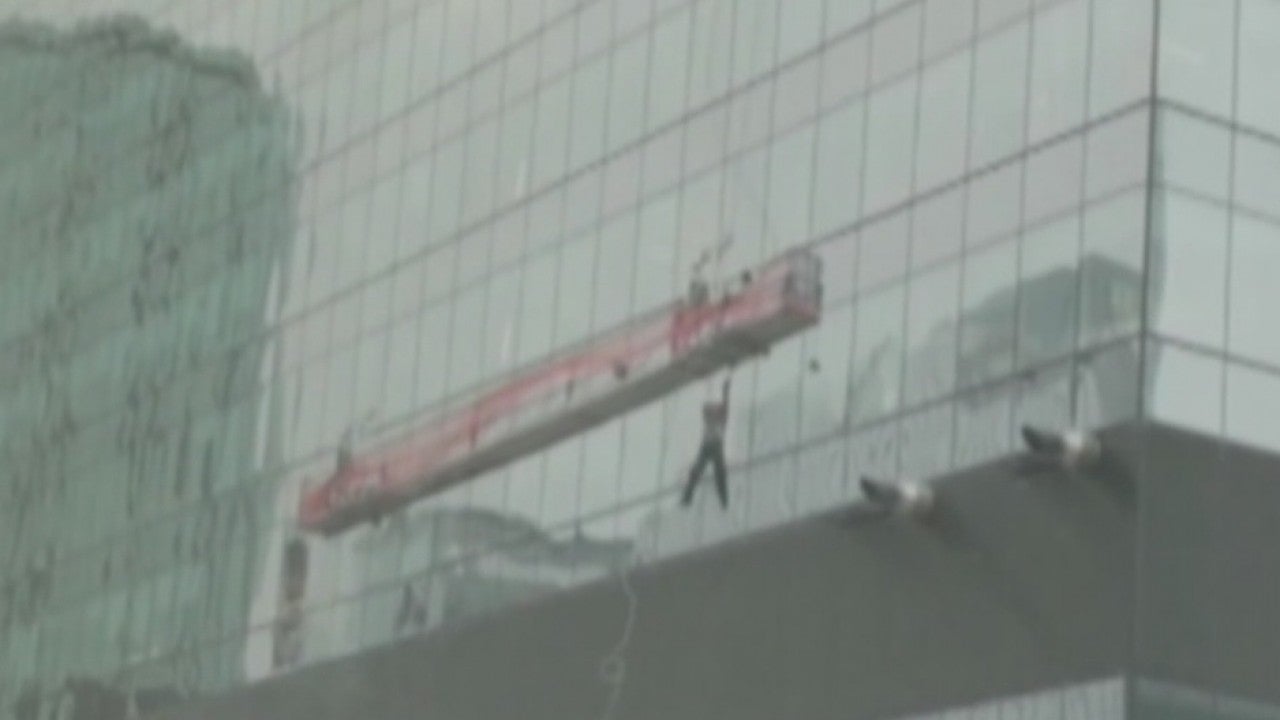 EDMONTON, Canada (WISH) — Terrifying video captured by a witness shows a window washer fall over the side of a window washing platform that was swinging back and forth and smashing through windows in the Stantec Tower building in Edmonton, Canada.

A window washer who was working on the platform was thrown over the side, but luckily he was saved by his harness.

“We said somebody call 911. And they called in and we just stood there watching the guy’s feet dangle,” said Wanda Terlecki who witnessed the incident.

Emergency crews arrived on scene minutes later, set up a ladder truck and reached the dangling worker as dozens of onlookers held their breath.

After being safely brought to the ground, the dangling worker was assessed by paramedics and was not injured. Another worker who was on the platform at the time of the incident was also brought down safely.

Occupational Health and Safety is investigating.