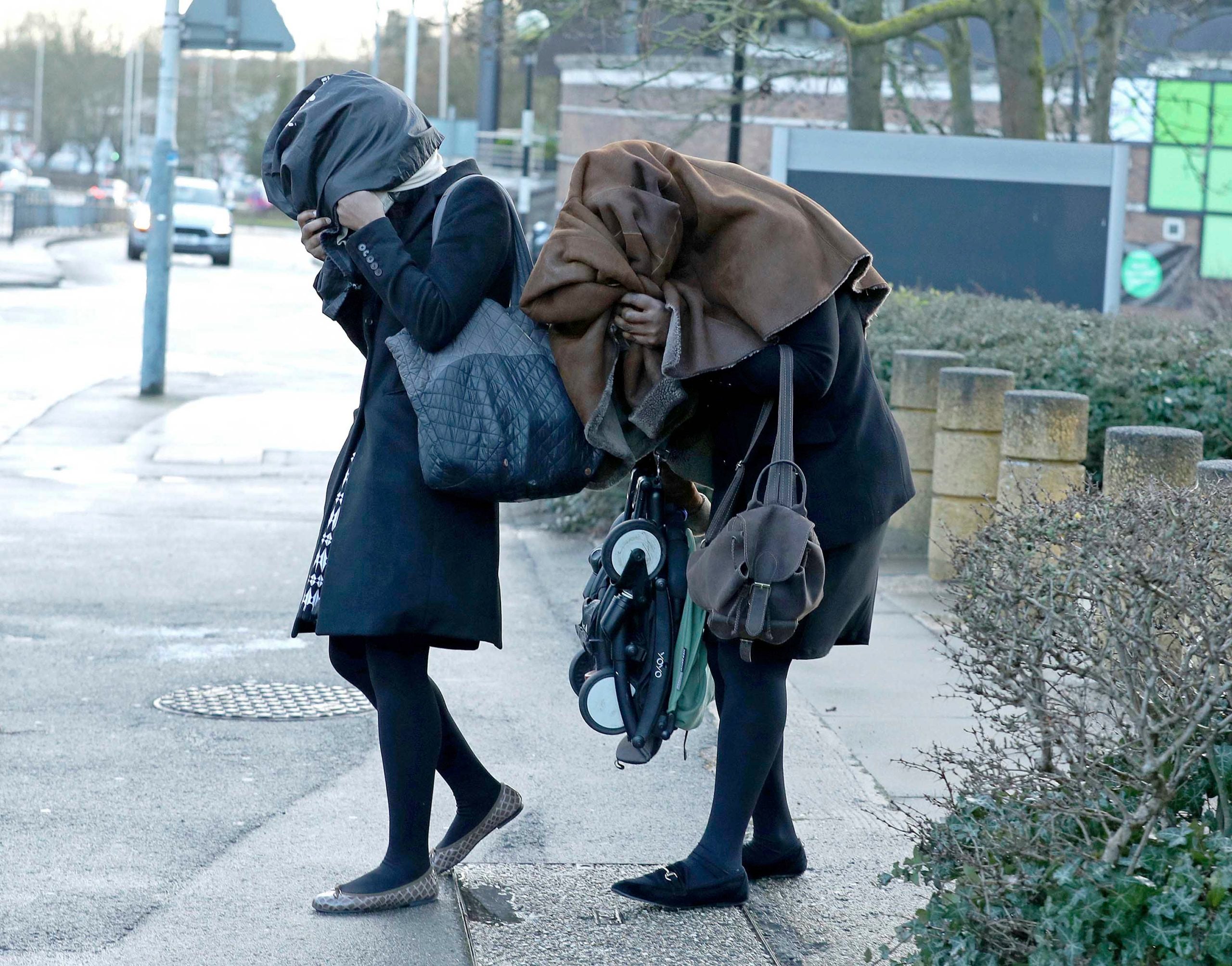 Mother and daughter airline assault court case. Mary Roberts, 53, (right) and her daughter Henrietta Mitaiare, 23, cover their heads as they leave Uxbridge Magistrates' Court, in Middlesex where they appeared charged with failing to obey the lawful commands of Captain Guido Keel and assault by beating on board an aircraft at Heathrow. Picture date: Tuesday March 3, 2020. The mother and daughter assaulted an airline captain in his cockpit after they were not allowed to store a baby carrier in the cabin, a court has heard. Mitaiare and her mother, allegedly pushed Captain Guido Keel to the floor, then scratched and kicked him after their flight arrived at Heathrow Airport on May 2 2019. See PA story COURTS Aircraft. Photo credit should read: Yui Mok/PA Wire URN:51114585 (Press Association via AP Images)
by: Jack Guy, CNN
Posted: Mar 5, 2020 / 06:01 AM EST / Updated: Mar 5, 2020 / 06:03 AM EST

(CNN) — A mother and daughter appeared in a UK court Tuesday charged with assaulting an airline captain and refusing his orders on board a flight from Zurich to London.

SWISS airline pilot Guido Keel was assaulted following a dispute about whether a baby carriage could be transported in the plane’s cabin, rather than in the hold, a spokeswoman for the airline told CNN.

The alleged incident took place after the flight had landed.

Henrietta Mitaiare, 23, and Mary Roberts, 53, both from London, are accused of scratching and kicking the pilot after the flight landed at London’s Heathrow Airport on May 2 last year, the UK’s PA Media agency reports.

The women deny charges of failing to obey the lawful commands of the aircraft’s captain and assault by beating on board.

Prosecutors say the pilot also had a bite mark on his upper arm.

Uxbridge Magistrates’ Court heard that the pair were traveling with Mitaiare’s young daughter and had asked flight attendant Ali Chkerdaa to store the stroller in the cabin before takeoff.

Chkerdaa told the court that he refused and an argument broke out between Mitaiare and two airport workers, but the flight took off for London.

Upon landing, Mitaiare approached Chkerdaa and asked to note down the airport workers’ names in order to make a complaint, according to prosecutor Arlene De Silva.

After some back and forth, Keel came out of the cabin and a struggle ensued, during which the captain suffered scratches on his face and arm and a bite on his arm, De Silva said.

Chkerdaa told the court that Mitaiare objected to Keel getting involved.

“She said something (to Capt Keel) like, ‘Don’t meddle with it, you have nothing to do with it,'” he said. “She said Swiss people are racist, because she was a black woman traveling with a child.”

Keel asked her to step outside and stop the argument, but Mitaiare reacted badly when he touched her, Chkerdaa said.

“She said, ‘Don’t touch me’,” he added. “The moment he touched her she went all crazy.”

PA reported that the court was shown footage in which Mitaiare is heard saying: “Why did you put your hands on me? Why did you hit a woman? Do you think you have the power?”

Keel is heard replying: “I have the power.”

According to De Silva, Mitaiare grabbed Keel’s hand and pushed him into the cockpit, where they struggled before Roberts allegedly went in and kicked him.

Following the altercation, police removed the women from the aircraft and arrested them.

Keel received medical treatment after the incident and has since returned to work, SWISS told CNN.