World leaders unite to call for pandemic treaty, saying: ‘No one is safe until we are all safe’ 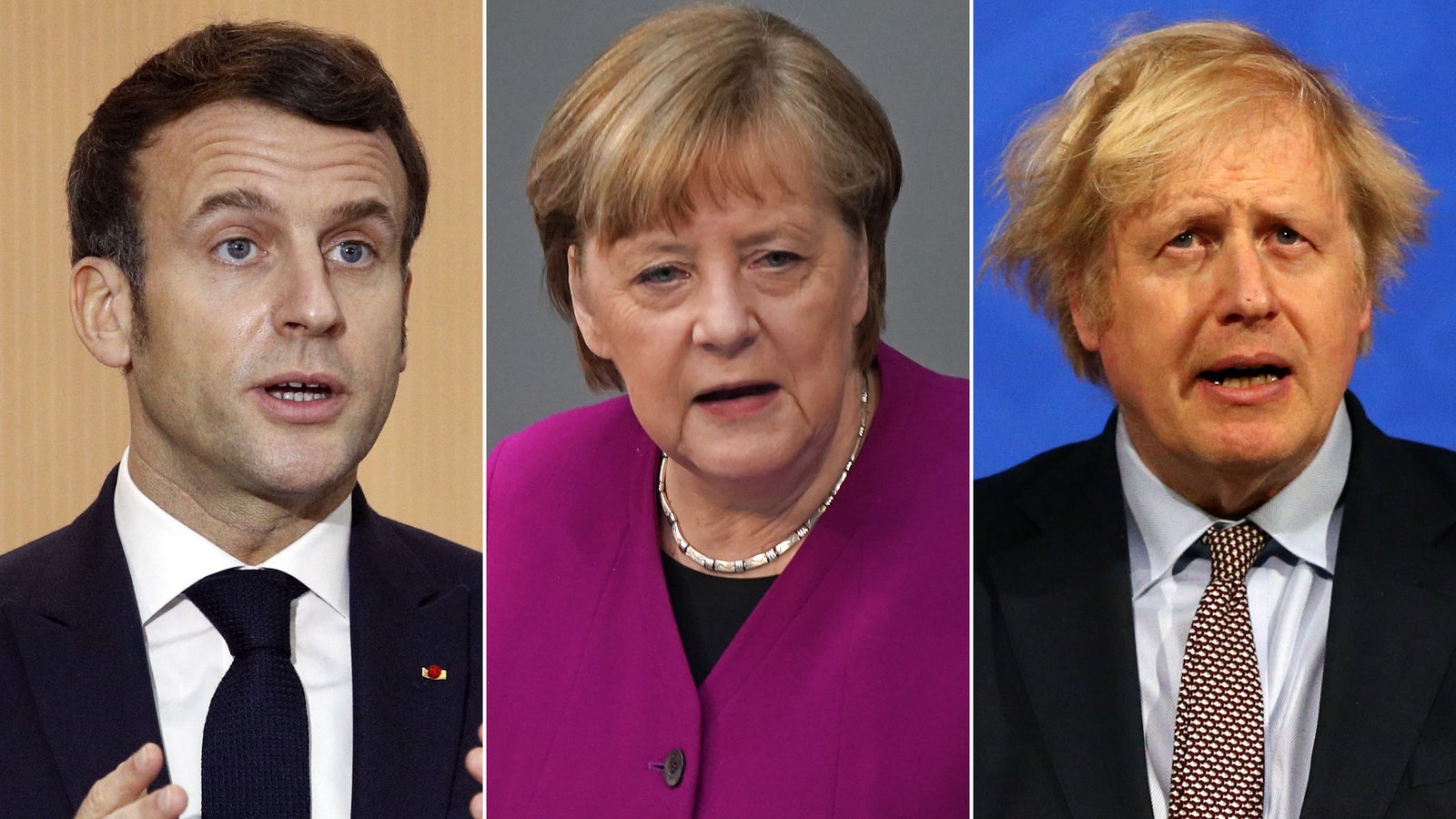 Global leaders have called for a new treaty to help the world prepare for future pandemics. (Left to right) France's Emmanuel Macron, Germany's Angela Merkel and Britain's Boris Johnson all signed the article that was published on March 30. (Provided Photo/Getty Images via CNN)
by: Zamira Rahim, CNN
Posted: Mar 30, 2021 / 07:38 AM EST / Updated: Mar 30, 2021 / 07:38 AM EST

(CNN) — Global leaders have called for a new treaty to help the world prepare for future pandemics, in a warning against rising vaccine nationalism.

More than 20 national leaders, including France’s Emmanuel Macron, Britain’s Boris Johnson and Germany’s Angela Merkel, wrote a piece published in several media outlets on Tuesday warning that it is a question of “not if, but when” the next health crisis strikes.

The piece calls for greater international co-operation and says countries should avoid isolationism and nationalism.

“There will be other pandemics and other major health emergencies. No single government or multilateral agency can address this threat alone. The question is not if, but when,” the article states.

The stark warning comes as countries and trade blocs continue to clash over vaccine supply. Some of those who signed the letter have been involved in recent sniping over vaccine shipments.

The European Union and the UK are in a long-running war of words over drugmaker AstraZeneca’s contracts to supply its shot, while some EU member states have repeatedly expressed their frustration with the bloc’s stuttering vaccine rollout.

But the group which signed Tuesday’s article struck a markedly different tone, stressing that unity and co-ordination was key for future pandemics.

Among its authors is World Health Organization (WHO) chief Tedros Adhanom Ghebreyesus, who has previously warned against vaccine nationalism and a “me first’ approach to inoculation.

The world leaders wrote that they are “committed to ensuring universal and equitable access to safe, efficacious and affordable vaccines, medicines and diagnostics for this and future pandemics.”
“We believe that nations should work together towards a new international treaty for pandemic preparedness and response,” they added.

There are some notable exceptions to the article’s list of signatories.

The leaders of the US, China and Russia did not put their names to the piece, but Tedros said all member states will still be included in discussions on an international treaty.

The WHO chief described the open letter as being signed on an “opt-in” basis, but emphasized that comments from states including the US and China were “actually positive.”

“When the discussion on the pandemic treaty starts, all member states will be represented,” he said.

Tedros was speaking to the press on Tuesday in Geneva, following a meeting with the President of the European Council, Charles Michel.

“There is quite significant support, not just through the op-ed but also through bilateral contact that we have with all of the nations across the world, including nations that did not sign this op-ed, but which are reacting quite positively to the idea,” Michel said.

To date, more than 127 million coronavirus cases have been officially recorded worldwide, according to Johns Hopkins University’s tally. The virus has killed more than 2.7 million people and has brought parts of the world to a near standstill over the past year.

The joint article comes as Europe grapples with a third wave of the pandemic and cases surge in Brazil and India.