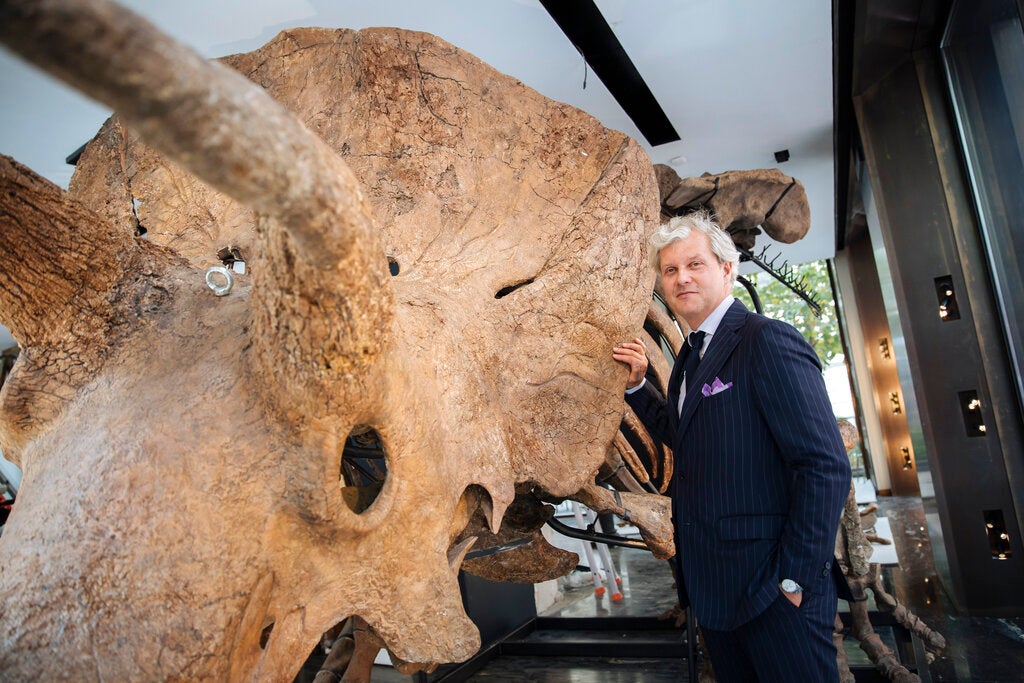 The enormous skeleton, estimated to be over 66 million years old, was found in 2014 in South Dakota. The triceratops is known for its three horns on the head.

Big John, named after the owner of the land where it was found, is certified by the Guinness World Records as the largest documented skeleton of a triceratops. The dinosaur died in an ancient flood plain on the island continent stretching from present-day Alaska to Mexico, allowing the conservation of his skeleton in mud. Its skeleton is more than 60% complete and its skull more than 75% complete, making it unique.

The hammer price at the Drouot auction house, before commission and other costs, was 5.5 million euros.

The auction house did not give details about the buyer.