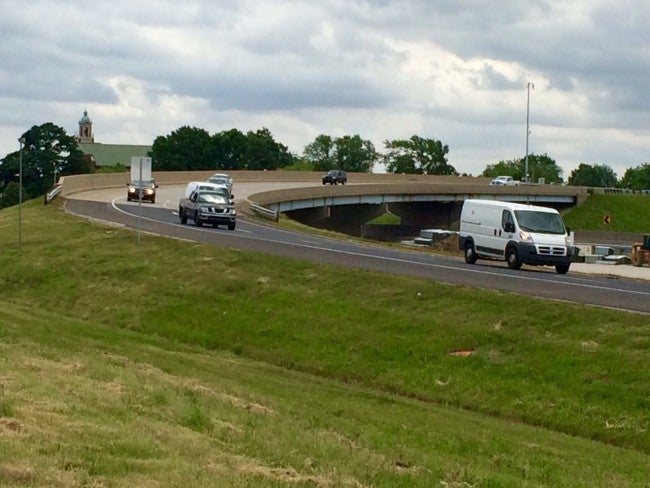 INDIANAPOLIS (WISH) – Work on the I-65 north ramp to I-70 west is set to begin at midnight, and is expected to last through July.

The ramp is made up of two bridges, and INDOT said the bridges have deteriorated to the point where the work needs to be done.

“After this project is complete we would anticipate approximately 25 years before the next significant rehabilitation of these bridges is required,” said Pete White, the Bridge Asset Engineer for INDOT. “The 42-year-old existing bridge decks have deteriorated, are cracking and spauling.”

The problems aren’t only on the surface, underneath INDOT said support beams are deteriorating and expansion joints are leaking.

“INDOT’s project priorities are taking care of what we have, finishing what we start and planning for the future,” said White.

“We think by having this closure, we’ll get it done quickly as we have done with other projects. As opposed to having something that may last several months if you were to try to keep one lane open and build it a half at a time,” said Will Wingfield, a spokesman for INDOT.

Maneuvering around the construction may be difficult, and the state is suggesting drivers use I-465 west to I-70.

They are also preparing for additional traffic on local roads by installing new turning lanes, and working with the city to lessen congestion.

“We anticipate while there will be additional traffic and additional delay, that the system should be able to manage it as it has in some of the other projects,” said Wingfield.