Intruders hold seniors at gunpoint in their home 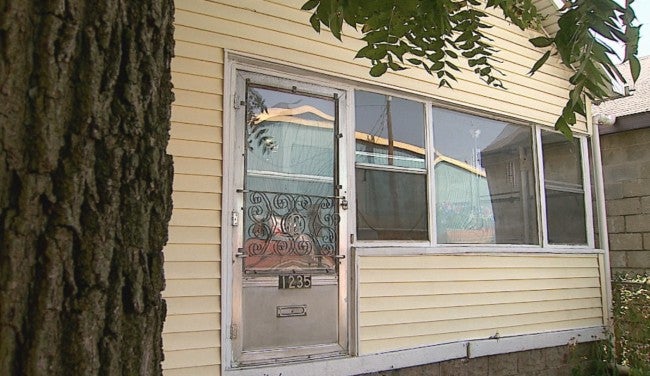 INDIANAPOLIS (WISH) — Ruthanne Berry, 80, heard a knock on her door Thursday evening. Her husband George jumped up to answer it. Once he did, two men with guns were standing in the Berry doorway.

The men forced their way in and demanded cash from the couple. One suspect pointed a gun at George, 86, the other one point a gun at Ruthanne.

This all happened on the 1200 block of Brookside Avenue.

George handed over cash in his wallet, but the men still wanted more.

“I finally told George to give them the money, just give it to them,” said Ruthanne.

George then gave them all the cash he had in the house and the two suspects ran out the door. A witness spotted the men run down the alley, but she only had a vague description of the suspects.

“There are certain amount of people that don’t aim to work, they are going to get it doing something besides what you call work,” said George.

Police are calling this an open investigation, so far police have no leads on the identity of the culprits.

In the 50 plus years the couple has lived in their home, they’ve never been robbed. Family members and neighbors are now keeping a more watchful eye on the senior couple.

Investigators urge anyone with information to call Crime Stoppers of Central Indiana at (317) 262-TIPS (8477). Callers may also text “INDYCS” plus tip information to 274637 (CRIMES).