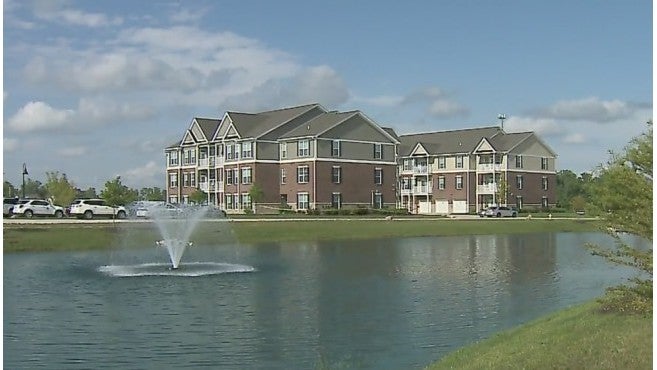 PLAINFIELD, Ind. (WISH) — Investigators have released the names of the people involved in a Plainfield murder-suicide.

Police say the man and woman were a married couple in their 40s. Their bodies were discovered in a third story apartment at the Double Creek Flats Apartments.

Police identified the deceased as 44-year-old Judy Hearon and 48-year old Craig Hearon. They’re not sure however, who the victim is and who the suspect is.

Plainfield police received a call, they say, from relatives. Officers then went to do a welfare check.

“The call came out as an overdose. But upon officers arrival, they found two deceased in the apartment; make and female,” said Plainfield Police Department Deputy Chief Jill Lees.

Authorities are unsure if drugs were involved. A toxicology test will clarify. However, they do know a firearm was involved.

“It’s very ready right. It’s a difficult situation for the family. It’s very difficult for those who are left behind from this,” said Lees.

It’s unclear if the couple had children. Police say they had been called out to their residence just one other time.

Although the Hearons may not have a history of domestic violence, online court records indicate they have a long history of financial problems.

According to the documents, the couple faced a mortgage foreclosure in 2005. Mr. Hearon filed for bankruptcy, although it’s unclear what year that happened. In 2014, a judge ordered them to pay their home owners association several hundred dollars. They apparently moved from their home, into  Double Creek Flat Apartments last December.

According to Plainfield police, this marks the first murder in the town in at least three years. The Hendricks County Coroner was scheduled to perform an autopsy Wednesday afternoon. Those results could take days. Toxicology test results could take months.