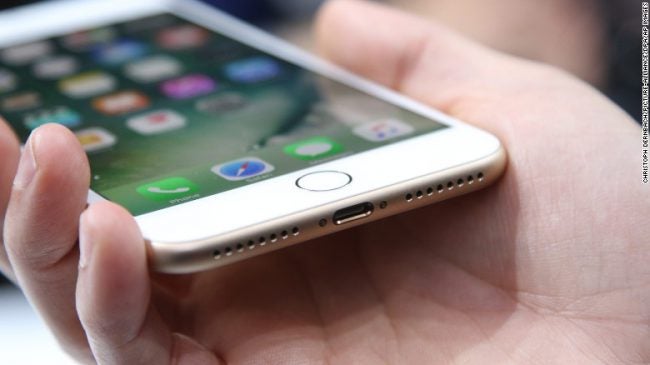 INDIANAPOLIS (WISH) — The iPhone 7 and iPhone 7 Plus hit stores Friday morning, just nine days after apple announced the new product. If anyone hopes to walk into a story and just buy the Plus though, it’s not going to happen. Apple says each and every one was snatched up with pre-orders.

Also unavailable, the iPhone 7 in jet-black, although you may be able to grab one of those at a non-Apple retailer, like Best Buy.

According to T-Mobile and Sprint, the 7 and 7 Plus pre-sales are up nearly four times from the previous two models, the iPhone 6 and iPhone 6S. The 7 reportedly has a slightly longer battery life, a better camera, it’s fast and water resistant.

The timing of the iPhone 7 launch could not be worse for tech rival Samsung. The company is recalling a million of their Galaxy Note 7 phones, because they catch fire. Samsung has stopped selling the product, but not before 2.5 million of them had been sold.

Apparently, people around the world have reported the phone catches fire while charging, thanks to a faulty battery. So far in the United States there have been 92 reports of batteries overheating. 26 of those resulted in burns and 55 cases of property damage have been reported.

The Consumer Product Safety Commission says if you have a galaxy note seven, you need to take advantage of the recall immediately.

“Now it is the time to act,” Elliot Kaye with the Consumer Product Safety Commission said. “We want consumers to act to get these phone out of their hands and have a safe replacement that they can use.”

Federal regulators say 97 percent of the galaxy note sevens in the U.S. have the faulty battery. If yours is under recall, you can get a replacement phone or a refund.