IPL adds out of state workers to inspect manhole covers 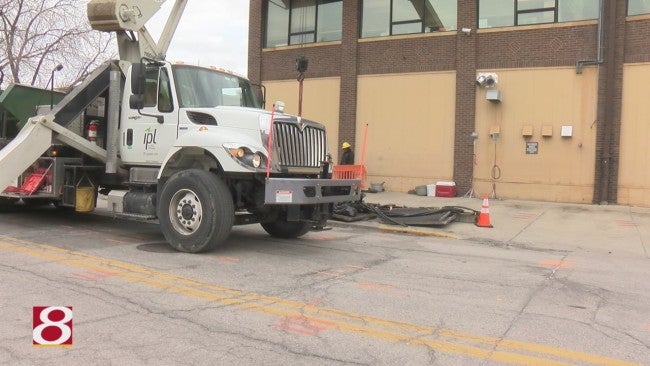 IPL enlisted about 50 crews from Chicago, Dayton and Cincinnati to inspect more than 1,200 covers and the cables underneath.

Company spokeswoman Brandi Davis-Handy says the added workers will allow IPL employees to focus on repairs near North and Capitol, where a dry cleaners and an apartment building were still running on generators Monday evening.

The added crews were announced days after state utility regulators launched an investigation into IPL. The investigation was prompted by downtown underground explosions on Monday and Thursday of last week.

“Having two incidents in one week, I definitely understand why people would wonder if there’s a safety issue,” Davis-Handy said. “But overall we have a safe and reliable network.”

Davis-Handy says another goal is to ensure safety during the upcoming Final Four weekend.

“We want to make sure that we’re able to get in as many manholes as we can between now and then and make sure from a safety standpoint that everything is the way it should be.”

IPL plans to have power restored without the temporary generators to all customers by Wednesday morning.