IPL to speed up manhole lock installation before Final Four 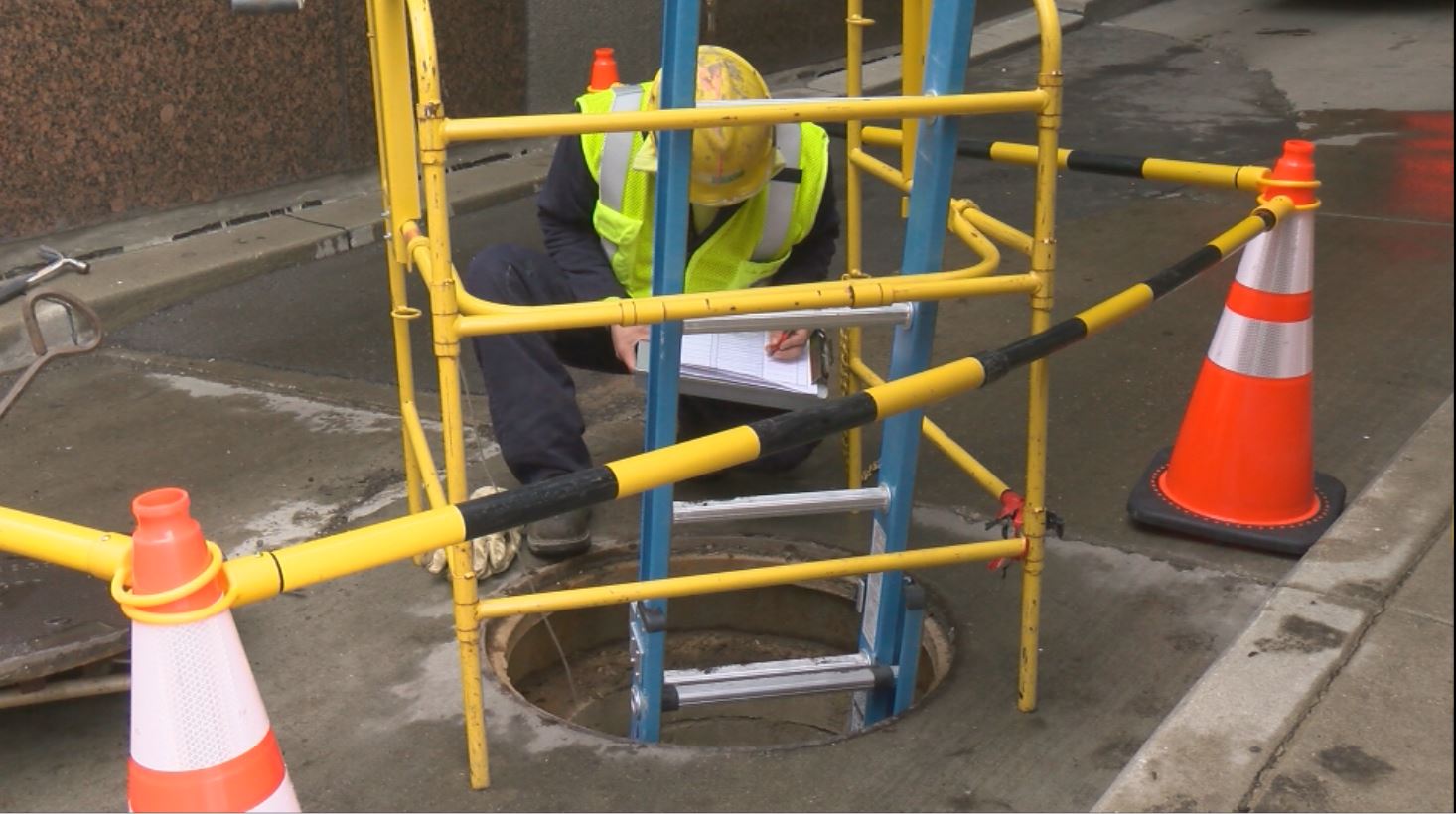 INDIANAPOLIS (WISH) – Thursday morning, Indianapolis Power and Light says it will begin installing new locks on manhole covers after the underground explosions that sent some of them flying last week.

This comes just weeks before thousands of people will be in Indianapolis for The Final Four.

In response over concern for safety, an IPL spokesperson says the energy company is accelerating a plan to install more than a dozen additional locking manhole covers in downtown Indianapolis before the tournament weekend begins.

At 10:30 a.m. Thursday, IPL crews were outside JW Marriot installing the locks and demonstrating an inspection. Watch the full news conference here:

The utility company says when there is pressure, the new covers are supposed to come up 4 to 6 inches then drive back down, instead of flying off.

Recently there have been two isolated incidents that sparked some concern surrounding the safety of IPL’s underground network.

First, last Monday an underground explosion rocked the 400 block of Mass Ave. In this case, IPL says a primary oil chamber within the vault failed. It was something they called a “rare event.”

Then just a couple days later, Chopper 8 was live over the scene when at least two explosions rattled downtown. IPL had to shut down power to a 6-block radius and several small businesses in the area were evacuated due to carbon monoxide. IPL says in this case there was a short circuit with 120 volt cables underground arched, which ultimately caused the explosion.

“IPL appears to be taking this situation more seriously now that the IURC has ordered an investigation which will commence next Thursday. It’s a shame that it took a heavy hand from regulators and the Final Four coming to town to get IPL to respond in a meaningful way, but it’s never too late to address serious issues that are putting the safety of the public at risk. Hopefully the IURC will recognize that these expedited repairs and the additional costs that most certainly accompany them are not the fault of ratepayers and IPL will be held responsible to bear most, if not all of the financial burden.”

IPL has had at least 15 similar explosions in the last ten years.

I-Team 8 spoke to electrical engineer Dennis Sheets. He does big downtown projects including Lucas Oil Stadium. He said these explosions are likely due to Indianapolis’ aging infrastructure and that by his estimate there are parts underground dating back to the 1950s.

IPL says that their underground network is “safe and reliable” when compared to other cities.