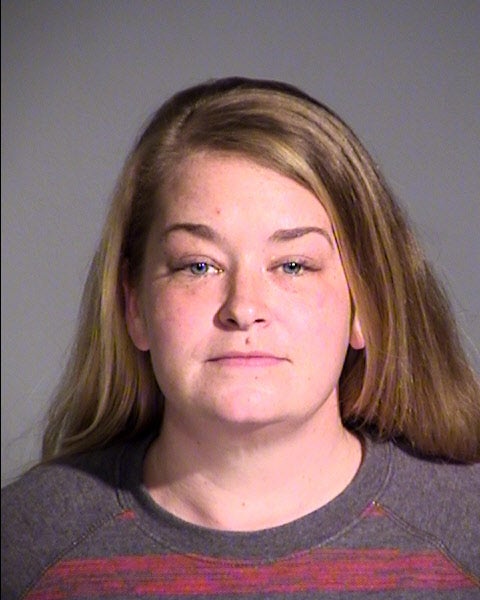 INDIANAPOLIS (WISH) – Instead of being at school on Friday, an Indianapolis Public Schools counselor is behind bars.

She was arrested on four preliminary charges of child seduction, according to IMPD. Police say she could face more charges, once the investigation is complete.

Shana Taylor, 37, was arrested in Ellettsville Thursday night. She is accused of having an inappropriate relationship with a 17-year old male, according to a police report.

Taylor was transported back to Marion County and booked into the Arrestee Processing Center at 2:30 a.m. Friday.

IMPD said they began their investigation on Tuesday after receiving a report from the Department of Child Services.

According to a spokesman, IMPD believed they had enough probable cause to arrest Taylor. IMPD is now looking into any other possible allegations.

IPS officials say Taylor was hired in March of 2015. She worked at Henry Wadsworth Longfellow Middle School, which also houses an alternative school program on Laurel near English Avenue and Shelby Street. The alternative program is meant for 6th to 12th grade students with social or behavior difficulties in the traditional classroom setting.

About a half mile away is the Southeast Community Organization. It’s known for its baseball league and offers after school programs.

“I work with the kids with the trouble because there’s a lot of things going on at their houses. A lot of kids by themselves, because there’s single moms working,” said Rachel Cooper of the Southeast Community Organization.

Taylor was hired by IPS in March of 2015, according to school officials. She worked with troubled kids, which comes as a big disappointment for Cooper.

“A counselor is just another word for somebody that’s mentoring our kids and should be educating them,” said Cooper.

But instead of mentoring children, IMPD says they received a tip of an inappropriate relationship between Taylor and a 17-year old. School officials would not comment on whether or not he is a student.

“She shouldn’t have done that in the first place. What she got charged, she deserves it. Once you’re over 18, you should know what to do. You’re considered an adult,” said Lesly Canals.

Canals was helping a friend enroll her son when she heard the allegations.

“She doesn’t know English, so I’ll have to translate and see what her point of view about it is. Probably, not good,” she continued, “It’s a big concern. He’s even worried himself right now, about it.”

Peg McLeish, a spokeswoman for the Marion County Prosecutor’s Office, said “the arrest is still under investigation for potential criminal charges.”

Online court records show that a probable cause affidavit and evidence were filed in the case on Friday.

“Indianapolis Public Schools has zero-tolerance when it comes to inappropriate employee behaviors. Immediately upon learning of the alleged misconduct between an employee and student, administrators swiftly launched an internal investigation and instantly took steps to ensure the accused had no further contact with students. Our team is cooperating fully in the active external investigation of this situation. The safety of our students is paramount. This is not a situation we take lightly, and our administration is working diligently to take the strongest possible action to ensure our schools are safe places for students.”

She was hired in March 2015 at salary of just over $35,000, according to school board records.I-Team 8’s Bennett Haeberle contributed to this report.