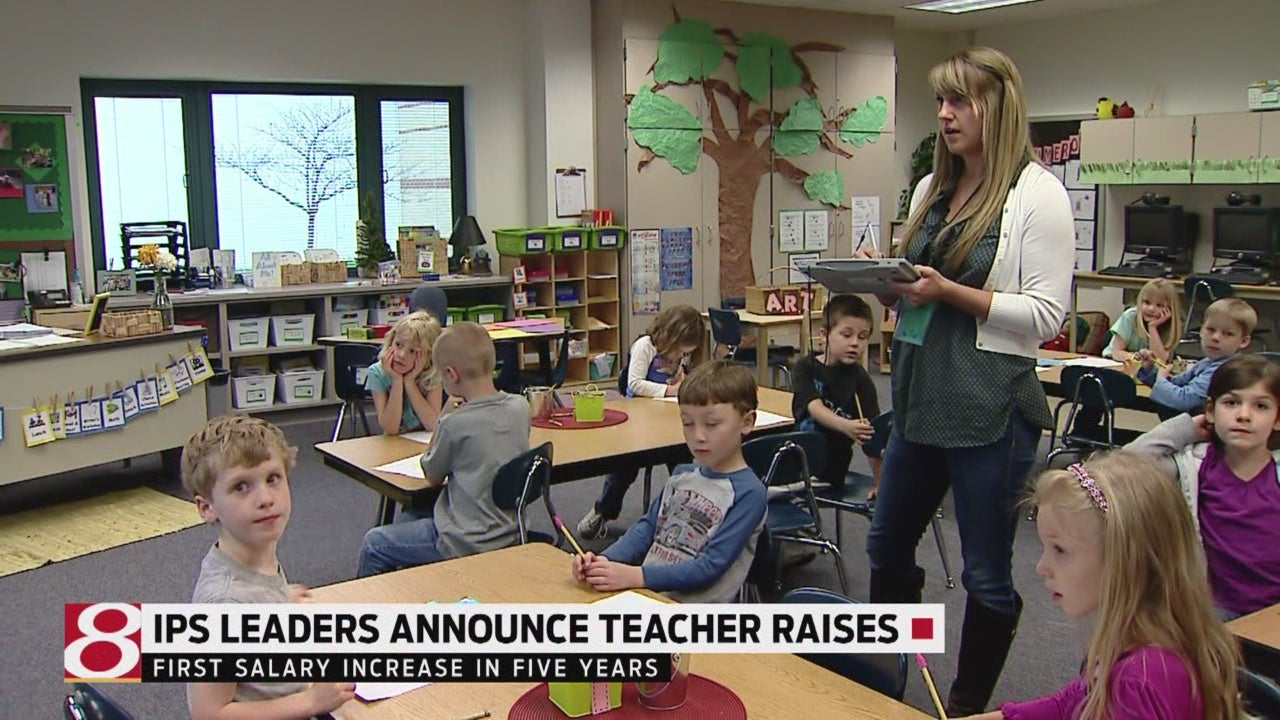 INDIANAPOLIS (WISH) — Indianapolis Public Schools announced salary increases for its teachers and support staff. It’s the first raise teachers will see in five years and over that time IPS has watched it’s teachers leave for other districts with higher salaries, right here in Marion County and the surrounding areas.

According to a 2010 report released by Teach Plus, an organization of teacher advocates, IPS teachers make as much as $16,000 less per year than other teachers at their same level in other districts. That can add up to more than $300,000 over a career.

It’s a big gap, but 2014 IPS Teacher of the Year Tina Ahlgren, who has been pushing for raises, says the announcement by IPS Superintendent Lewis Ferebee last night is a needed first step.

“It’s a tough job. It takes a lot of hours and it takes a lot of heart, but in the end it’s our job and as much as we love it, it’s really hard to be an IPS teacher when you know that other districts nearby have sometimes more resources and a higher salary,” Ahlgren said.

School board members say it will take some creativity though, despite the commitment to make raises, the district is not receiving more money from the state. It’s actually receiving less for the 2015 school year.

“So in order for us to do this as a school district, we’re going to have to make other changes. We’re going to have to partner with the community, with our other work force and with everyone else to figure out other ways to become more efficient as a school district so we can continue to pay our teachers and our support staff and others competitive salaries,” IPS School Board Member Sam Odle said.

Superintendent Lewis Ferebee said he could not speak about exactly how much this cost of living increase will be for teachers and other school staff. That’s because contract negotiations with the teachers union do not begin until August 1, 2015, but Ferebee says he hopes to have the conditions prepared and agreed upon by that date, so he can release the exact terms of the raises that day.