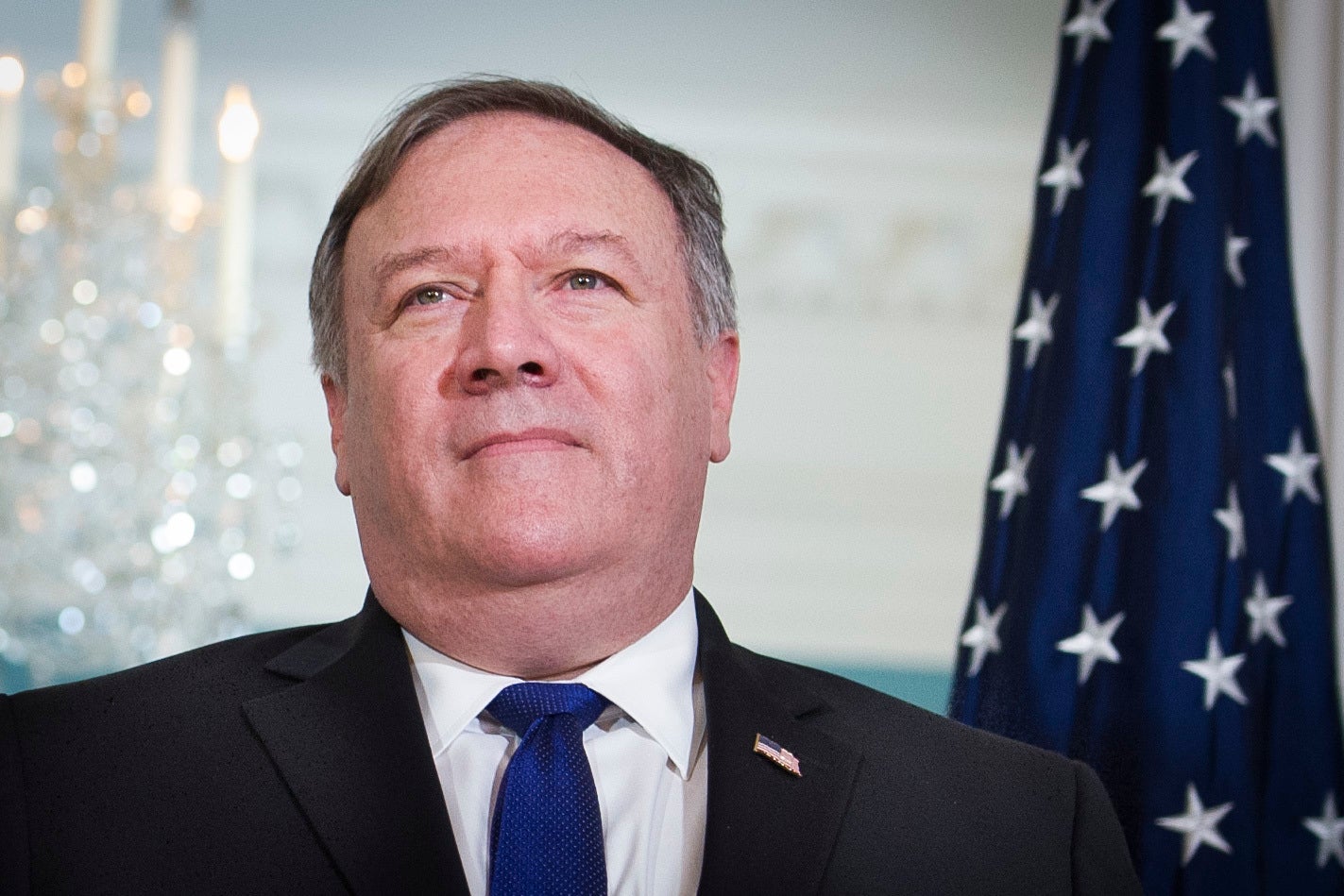 Secretary of State Mike Pompeo meets Pakistani Foreign Minister Makhdoom Shah Mahmood Qureshi at the State Department in Washington, Tuesday, Oct. 2, 2018. Pompeo is heading back to North Korea for another round of talks aimed at getting Kim Jong Un to give up nuclear weapons. (AP Photo/Cliff Owen)
by:
Posted: Jul 31, 2019 / 06:23 AM EST / Updated: Jul 31, 2019 / 06:23 AM EST

TEHRAN, Iran (AP) — Iran has dismissed Secretary of State Mike Pompeo’s offer to visit and address the Iranian people as a “hypocritical gesture.”

“You don’t need to come to Iran,” Foreign Minister Mohammad Javad Zarif said on the sidelines of a Cabinet meeting Wednesday, in remarks directed at Pompeo. He suggested Pompeo instead grant visas for Iranian reporters to travel to the U.S. and interview him, accusing him of having rejected their requests.

On Monday, Pompeo tweeted: “We aren’t afraid of (Zarif) coming to America where he enjoys the right to speak freely.”

“Are the facts of the (Khamenei) regime so bad he cannot let me do the same thing in Tehran?” he said, referring to Supreme Leader Ayatollah Ali Khamenei. “What if his people heard the truth, unfiltered, unabridged?”

U.S.-Iranian tensions have soared since the Trump administration withdrew from Iran’s nuclear deal with world powers last year and imposed crippling sanctions on the country. In recent months, the U.S. has boosted its military presence in the Persian Gulf while Iran has begun openly exceeding limits on its nuclear activities, saying it can no longer fully abide by the 2015 deal unless European signatories to the agreement provide some kind of economic relief.

The Trump administration has said its policies are aimed at changing Iran’s behavior in the region, not its government.

Zarif, a relative moderate within Iran’s clerically-overseen political system, was an architect of the nuclear agreement. The U.S. and Iran cut off all diplomatic relations after the 1979 Islamic Revolution, but the U.S. allows Iranian officials to visit the United Nations headquarters in New York.