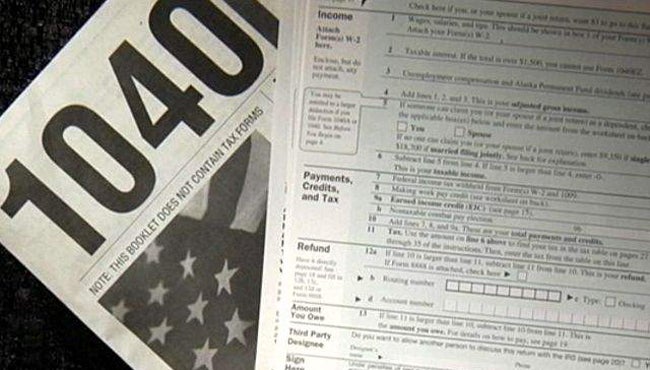 WASHINGTON (WDTN) — More than 20 percent of citizens may be writing a check to the IRS come April 15 because our employers did not withhold enough federal income tax.

IRS Spokesperson Matt Leas says taxpayers hoping for a refund check had better do some homework. Because of the new tax law, some of us may not have enough money withheld from our paychecks and could face a nasty surprise at tax time.

“If you check your withholding now, you can figure out if you’re going to have a bigger return or maybe owe a tax bill come tax season,” he says.

A new government report estimates 30 million people are under-paying their taxes and will owe the IRS money next year. That’s about 3 million more than before the tax cuts were signed into law and the IRS issued new tax withholding rules.

But the IRS says there is still time to make changes. They are encouraging taxpayers to head to its website and use the withholding calculator to see, based on your current withholding, if you will owe money or get a refund.

“Be very careful,” he says, “Because in their effort to make it look like they’re making more money now, you’re going to have under-withholding.”

The IRS says it wants to work with taxpayers and clear up any confusion, and the tax man is encouraging you to call, write, or log-in to the IRS if you have any questions.