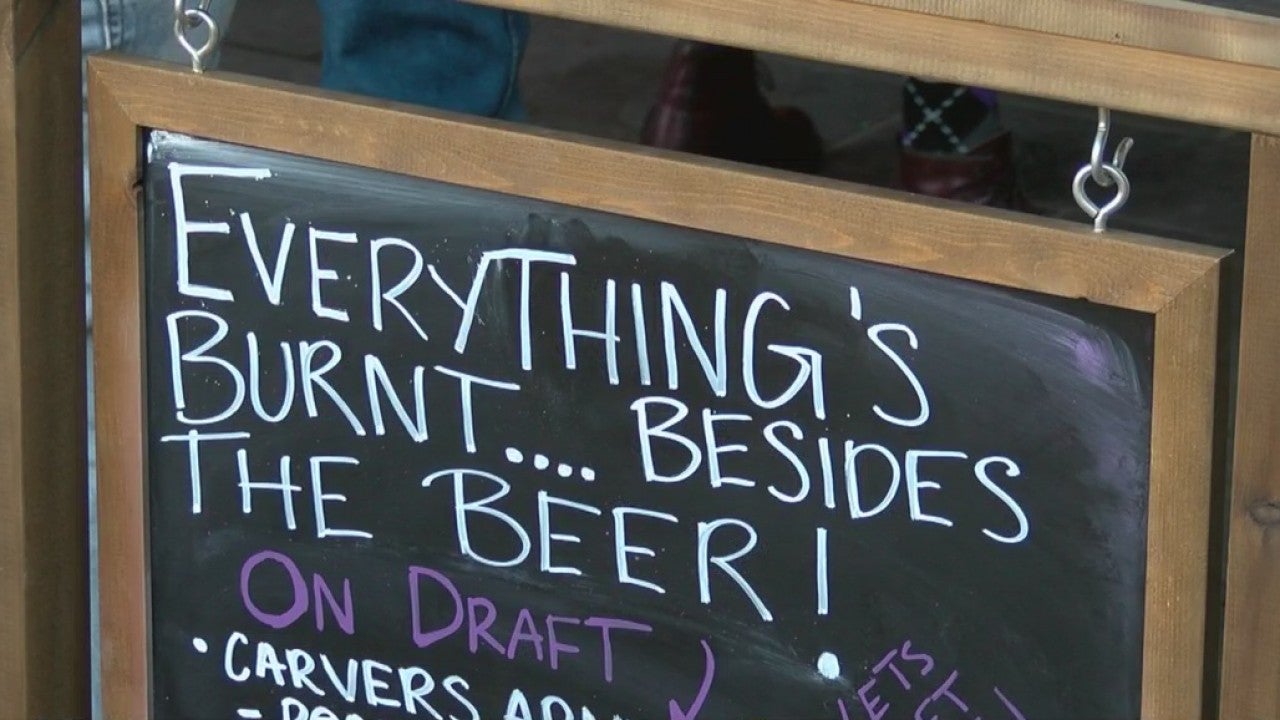 INDIANAPOLIS (WISH) — Not even a fire can stop people from getting their drink on this Saturday evening. Black Acre Brewery was burnt up in a Saturday morning fire. The business is actually embracing the blaze hours later.

Smoke poured out of Black Acre Brewery’s windows as fire crews tried their best to contain the fire to just one business.

“The stop was made just to one business tot he west of black acre, which is black sheep- but it could have gone all the way down the strip mall,” said IFD public information officer Jason Kistler. “So they did a great job stopping the fire.”

The entire back-end room of the brewery was reduced to ash, but just a couple of blocks away, at the brewery’s beer garden, another fire started as they asked customers to join them at a fire-themed party.

“After your business burns down in the morning, it’s nice to be able to have a beer in the afternoon,” Black Acre Brewery co-owner Justin Miller said. “So, we opened this up and the weather’s really not that bad. Fire’s dead at the taproom, but the fire pit is going here at the beer garden and we’re having a good time.”

Even with the chilly weather, dozens of customers came to check out the fire-themed party, not just for a Saturday afternoon brew, but to support a local community pillar.

“So, people just love Black Acre,” Tyler Lingle said. “And so when they saw they had that, like, rough happenstance, like, people all came out in support and I’m one of them!”

The beers will keep on coming, but the fire did cause a little bit of a setback when it comes to food. As for now, the brewery doesn’t quite have a plan in place, but says there’s no need to worry.

“More than likely, we’ll open the taproom back without food because the front of the house isn’t that bad once we get the green light where we can open for beer and maybe we do carry-in food or a food truck, or find something while we’re rebuilding the kitchen,” Miller said. “We’ll be somewhere serving beer, we’re just not sure where yet.”

Investigators are still trying to figure out what caused the fire, and the brewery says it should know more about its plan going forward on Monday.