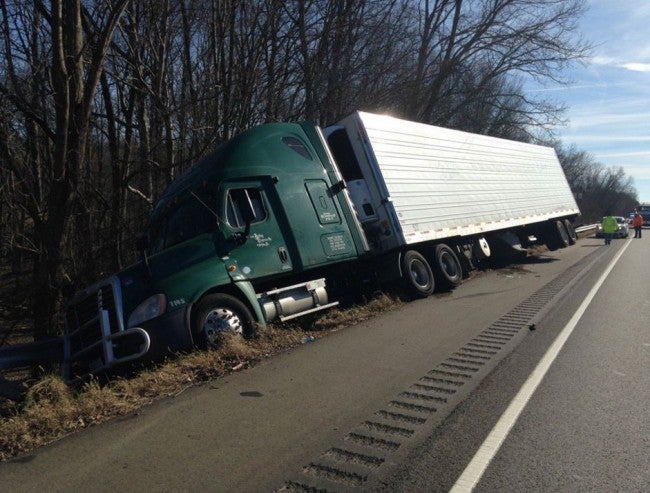 JACKSON COUNTY, Ind. (WISH) – Indiana State Police say a electronic cigarette malfunctioned and caused a semi driver to go off the road along Interstate 65 on Tuesday.

ISP responded to a semi off the road heading northbound on I-65 near mile marker 35.5  It happened just before 1 p.m.

According to the initial investigation, police believe an electronic cigarette malfunctioned and blew up in the drivers face, causing the crash. The driver Christian Starasinich, 45, from Orlando Florida also told officers that the cigarette exploded.

The semi went off the right side of the road before crashing into a guardrail. Police say Starasinich did not receive any injuries as a result of the crash.  Starasinich was taken to University of Louisville Hospital for treatment from the injuries he sustained from the cigarette.

Lanes were restricted in the area for about two hours while crews cleared the scene.