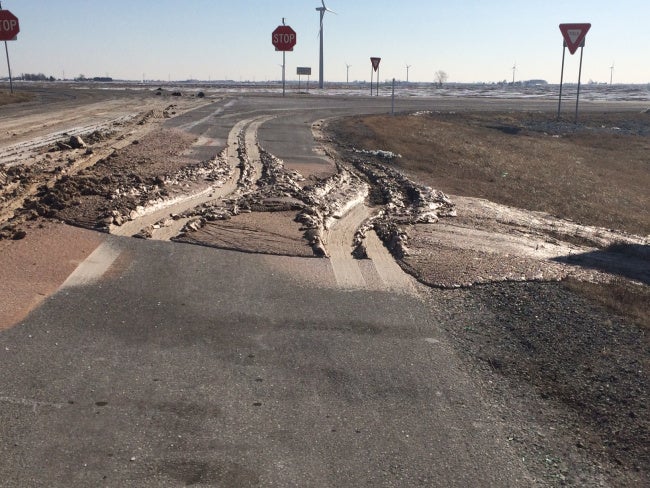 Police said the southbound ramp from I-65 onto State Road 18, which is located at mile-marker 188, was closed due to the spill which police said appears to be some type of fecal matter that froze.

Indiana Department of Transportation’s Debbie Calder said they are not sure what the material is but she said there seems to be an odor. Calder said she believes it’s possibly hog droppings and estimated the load was about two tons.

Calder said the Indiana Department of Environmental Management was called to assess the situation to determine the material in the spill, and then how to clean it up.

INDOT reported around 5:30 p.m. the ramp was back open.