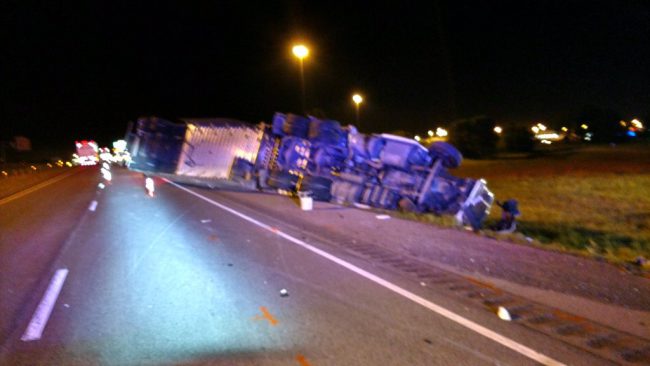 JACKSON COUNTY, Ind. (WISH) – The Indiana State Police is investigating an early morning crash that left one person dead on I-65 near Columbus.

According to ISP, the fatal accident happened on I-65 southbound just north of exit 50 around 12:30 a.m. Tuesday.

Police say the crash involved two vehicles, a semi and an INDOT vehicle and occurred when the semi clipped the empty INDOT vehicle.

The driver of the semi was killed in the accident.

After being closed for several hours for cleanup, ISP says the area is now open

Scrapyard fire on south side burns for hours