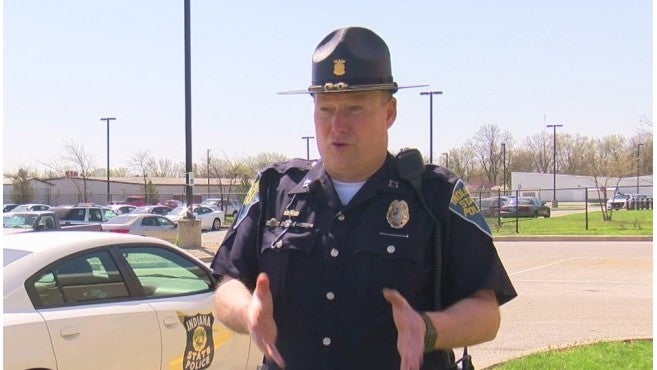 INDIANAPOLIS (WISH) — Indiana State Police troopers say almost everyone they’ve pulled over in violation of the Indiana Left Lane Law told them they didn’t know it was illegal to drive slower than traffic in the left hand lane.

The measure went into effect in 2015 and states that drivers traveling in the left lane of a road with more than one lane must move to the right if there’s a car behind them moving faster, even if the car in the left lane is going at or above the speed limit. Some have called it the “Slowpoke Law,” referring to the slow drivers plugging up the passing lane.

“It’s really annoying because it slows everybody down,” said Tracey Everett, a driver in Indianapolis. “Especially when you’re trying to get to work, get home from work. Super frustrating.”

“I feel like it causes the drivers in the other lanes to speed up and it gets more dangerous as a result,” added Courtney Burks, also an Indianapolis driver.

“If they can’t get by in the left lane, they’re going to weave in and out, over to the center lane, to the right lane, back to left lane and that by itself creates substantial hazards for everyone else on the road,” said Sergeant John Perrine with ISP.

A ticket for violating the Left Lane Law will cost between $150-200, according to Perrine. He said on average, ISP hands out 100 Left Lane Law tickets per year, and 1,500 warnings.

“More importantly, we want to educate people about the importance of staying out of that left lane. So the vast majority of the stops we’ve made over the last few years have resulted in warnings,” said Perrine.

Captain Erv Faulk with ISP says in his experience, the law has helped him flag distracted or impaired drivers. He described an instance on I-70 when he pulled over a slow left lane driver who was backing up traffic.

“I stop him, find out he’s impaired, he’s been drinking, he’s trying to focus on the road. He doesn’t want to get in those right two lanes,” said Captain Faulk. ” You end up having the traffic backed up, people getting mad.”

“People just need to learn,” said Dan Bookout, a driver in Indianapolis. “Stay out of the left lane unless you’re passing.”

The measure went into effect in 2015 and states that drivers traveling in the left lane of a road with more than one…Posted by WISH-TV on Tuesday, May 1, 2018