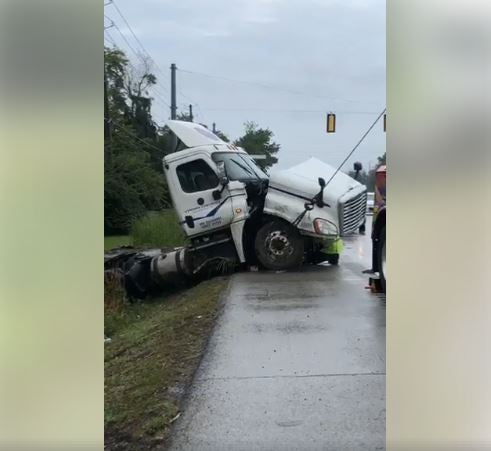 INDIANAPOLIS (WISH) – An Indiana State Police trooper was thrown from a truck after responding to a one-vehicle crash on the southwest side Friday morning.

According to a News 8 crew who was on scene, a truck was traveling northbound on Kentucky Avenue near Ameriplex Parkway left the roadway and then rolled into a ditch, eventually coming to a stop on the passenger side door.

An Indiana State Police trooper responded to the crash and climbed onto the truck and began attempting to pull the truck driver out of the vehicle.

However, during the rescue effort, the truck rolled back onto its wheels, throwing the ISP trooper and the truck driver to the ground.

The trooper was unharmed, but the truck driver was transported to the hospital with minor injuries.