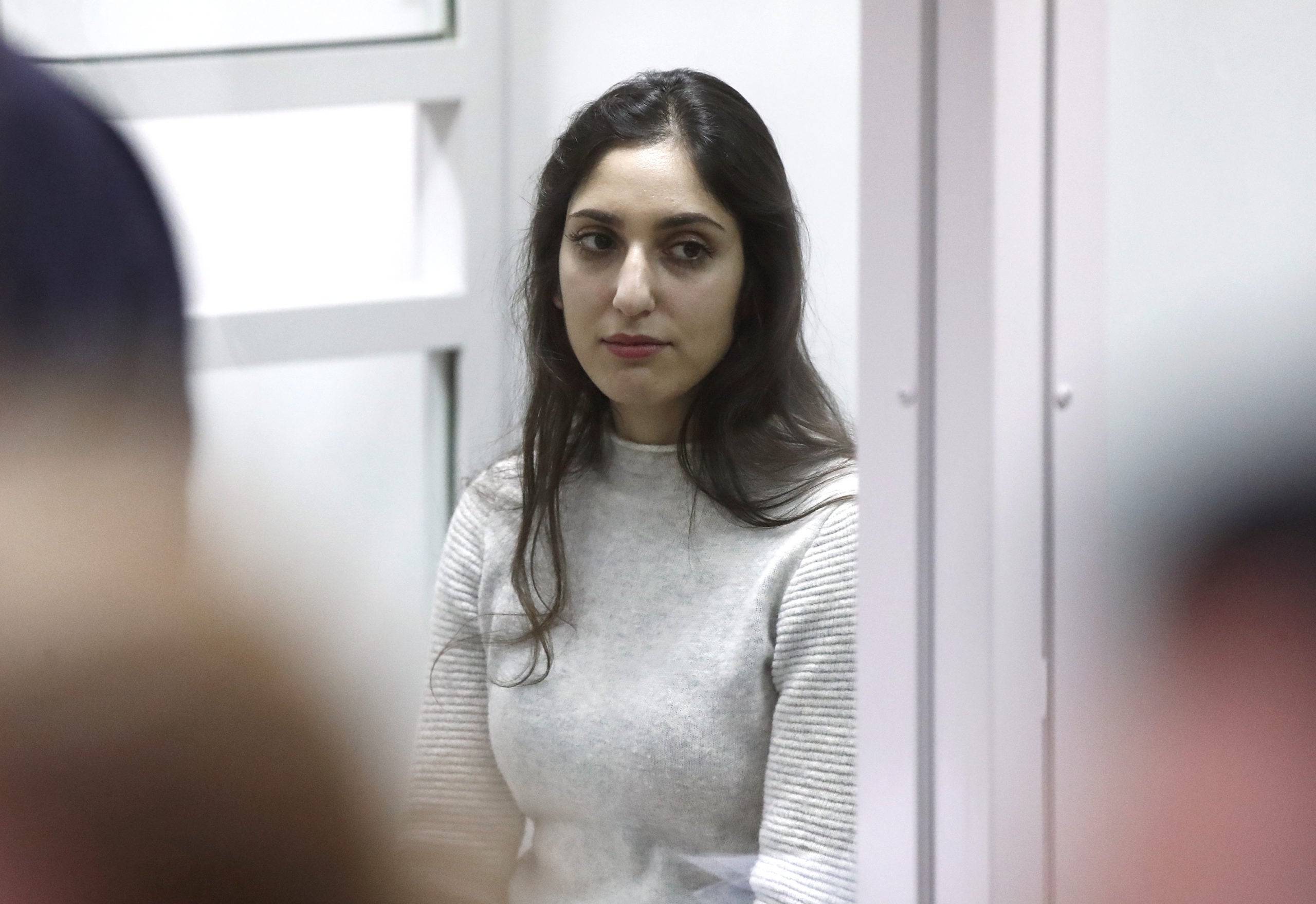 MOSCOW REGION, RUSSIA - DECEMBER 19, 2019: Israeli citizen Naama Issachar convicted of drug smuggling attends an appeal hearing at the Moscow Region Court in Krasnogorsk; Issachar was arrested in April 2019 at the Sheremetyevo International Airport outside Moscow during a stopover on a journey from Delhi to Tel-Aviv with 9.6 grammes of marijuana in her bag. In October 2019, the Khimki Court sentenced her to 7.5 years in prison. Artyom Geodakyan/TASS (Photo by Artyom GeodakyanTASS via Getty Images)
by: Associated Press
Posted: Jan 26, 2020 / 12:26 PM EST / Updated: Jan 26, 2020 / 12:26 PM EST

MOSCOW (AP) — An Israeli woman jailed in Russia on drug charges has submitted a petition to be pardoned by President Vladimir Putin.

State news agency Tass reported Sunday that Naama Issachar’s lawyer said the request was filed following a statement by Kremlin spokesman Dmitry Peskov that she couldn’t be pardoned without making a personal appeal.

The 26-year-old backpacker was arrested in April at a Moscow airport, where she was transferring en route from India to Israel. Russian authorities said more than nine grams of hashish were found in her luggage. She was sentenced to 7 1/2 years in prison. Prime Minister Benjamin Netanyahu appealed to Putin to pardon Issachar.

While in Israel last week, Putin met Issachar’s mother and told her “everything will be alright.”