ISTEP would continue until 2019 under replacement bill 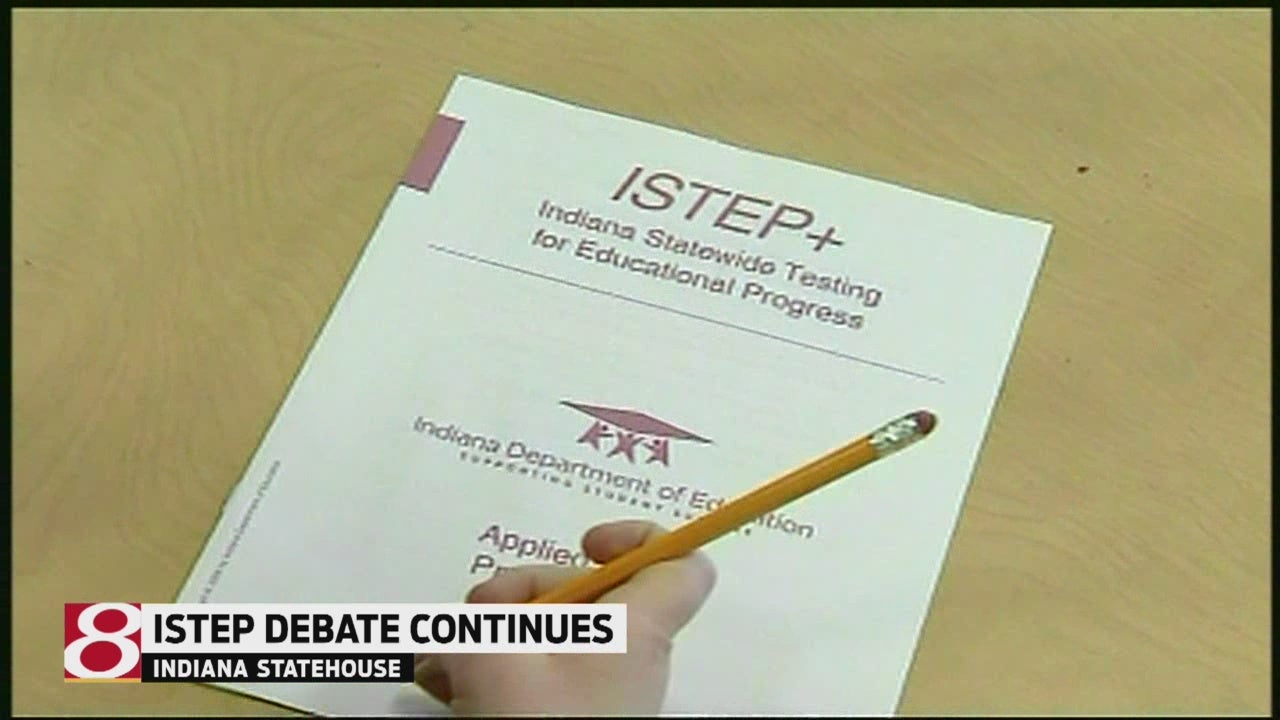 INDIANAPOLIS (WISH) — A bill that calls for replacing the controversial ISTEP exam program would mean Indiana students will continue to take the ISTEP for the next two years.

Rep. Robert Behning, the chairman of the House Education Committee, is the sponsor of HB 1003, that would replace the ISTEP exam with something called ILEARN in 2019.

The new testing model that measures student assessment in Indiana would include major changes – including allowing Indiana teachers to grade the written portions of the exam and also require that students would only be tested once a year instead of twice under the current testing regime.

But Behning drew questions Tuesday from Rep. Ed Delaney (D- Indianapolis), after it was revealed during testimony that the students would continue to take a nearly identical exam for the next two years, when the ISTEP exam would be replaced. The exam would be nearly identical to ISTEP, Behning said. A spokeswoman for Behning told I-Team 8 Wednesday that the test would not be renamed, despite the testimony that occurred during Tuesday’s hearing.

“Are we misleading the public?,” Delaney asked. “I’ve just heard that it’s the same test, the same company, we are going to extend it. We are not happy but we are going to do it. Why change the name that can only confuse the public, can’t it? Make them think we are doing something when we are not?”

Behning then explained that the state’s contract with Pearson, the test maker, is set to expire, but rather than bid for a new test during the interim period, the state’s ISTEP commission decided last summer that it would be easier to continue the status quo and extend the contract until the ISTEP exam program can be completely replaced under ILEARN.

During Tuesday’s House Education Committee hearing, the majority of the more than 20 educators and policy wonks who spoke were in favor of Behning’s bill that calls for replacing the exam. But many had suggestions or amendments to the bill.

Some suggested that more emphasis be placed on math and language arts rather than requiring that science be passed in order to graduate. IPS second grade teacher Melissa Scherle asked if the bill could require that any practice tests more closely mirror the ISTEP exam. The teacher at Washington Irving said that fifth graders who attend her school performed well on practice exams, but performed worse on the ISTEP exam.

“Something is not correlating and it’s not fair to these students,” she said. “It’s like asking students to play a basketball game but not allowing them to practice.”

Mike Brown, the director of legislative affairs for the Indiana Department of Education, said his department supports the bill he said “was moving the needle in the right direction.” Brown did, however, ask that the reporting date for the exam results be pushed back from July 1st to August 1st, which he said would allow more time for the tests to be graded before they are reported to the state’s board of education.

Rep. Behning said that he would consider some of the suggested amendments and take up the matter again on Thursday. A spokeswoman for Behning said the lawmaker plans to take a vote on the bill Thursday.