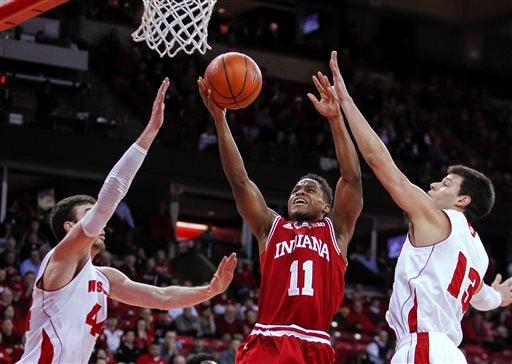 BLOOMINGTON, Ind. (WISH) – IU basketball is now in a four-way tie for second place in the Big Ten Conference, after a much needed win Sunday over Michigan.

The Hoosiers saw a nine point lead evaporate in the final minutes of play as the Wolverines made it a three point game with IU hanging on for a win.  Winning close games are starting to become the Hoosiers’ trademark this season.  Sunday’s win over Michigan was its sixth Big Ten game this year decided by 10 or fewer points.  The Hoosiers have won all six.

A year ago, that wasn’t happening with this youthful squad. Yesterday’s win to Coach Crean was a prime example of how far they’ve come.

“They’re growing up,” said Crean.  “They’re making tremendous strides on and off the court.”

IU heads to #19 Maryland on Wednesday.