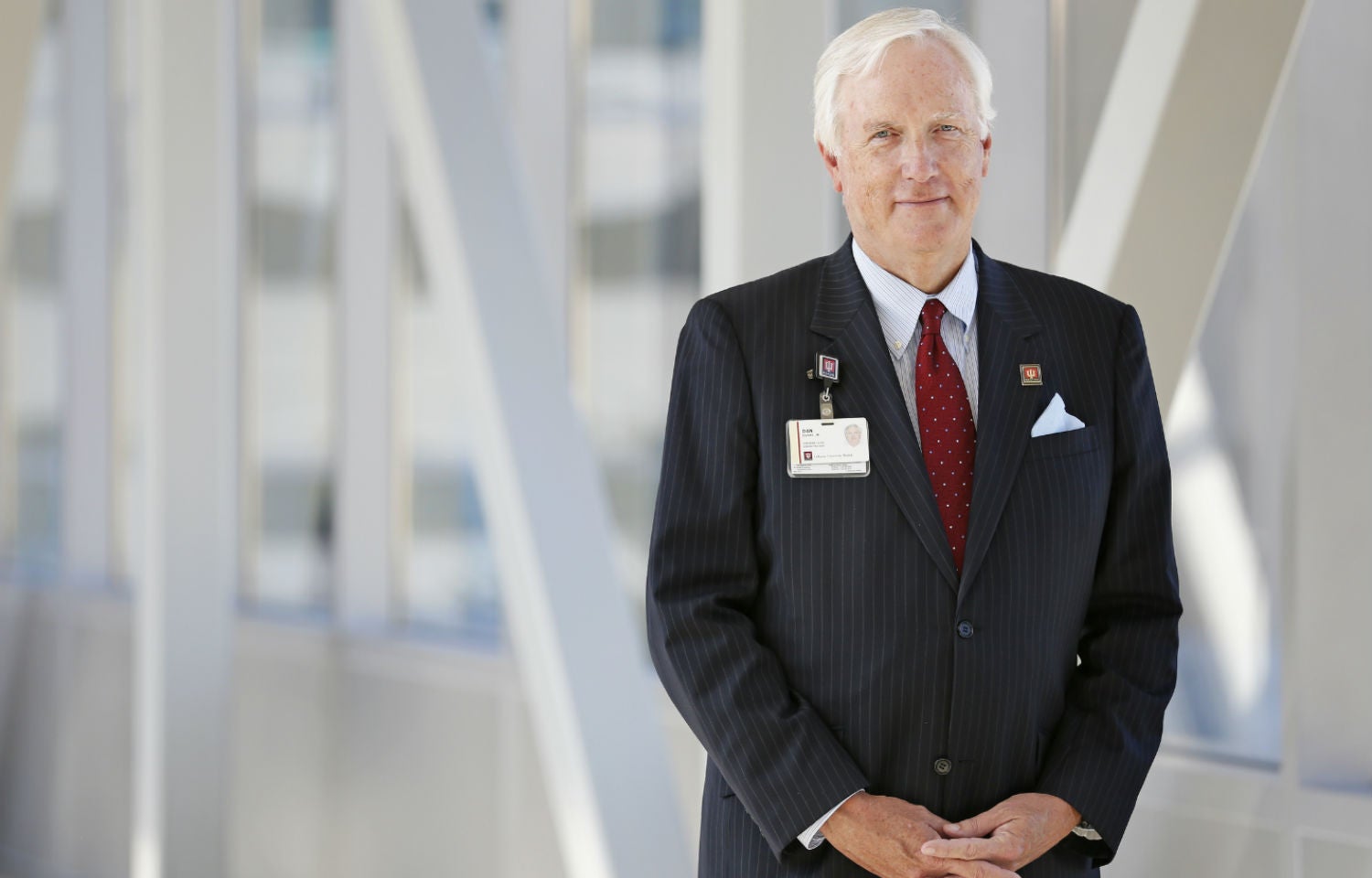 INDIANAPOLIS (WISH) – The President and CEO of Indiana University Health, Dan Evans, is stepping down after more than a decade.

Indiana University Health officials had said they’d be making a major announcement on Tuesday during a press conference at the IU Health Neuroscience Center.

They announced that Evans plans to retire and that he will relinquish his role as president immediately. He will continue to serve as CEO until May 1, 2016.

Current IU Health Executive Vice President and COO Dennis M. Murphy will be promoted to president, effective immediately. He’ll become CEO on May 1, 2016 and will continue to serve as COO until a successor is named.

Murphy joined IU Health in 2013 after serving in a similar role at Northwestern Memorial HealthCare in Chicago.