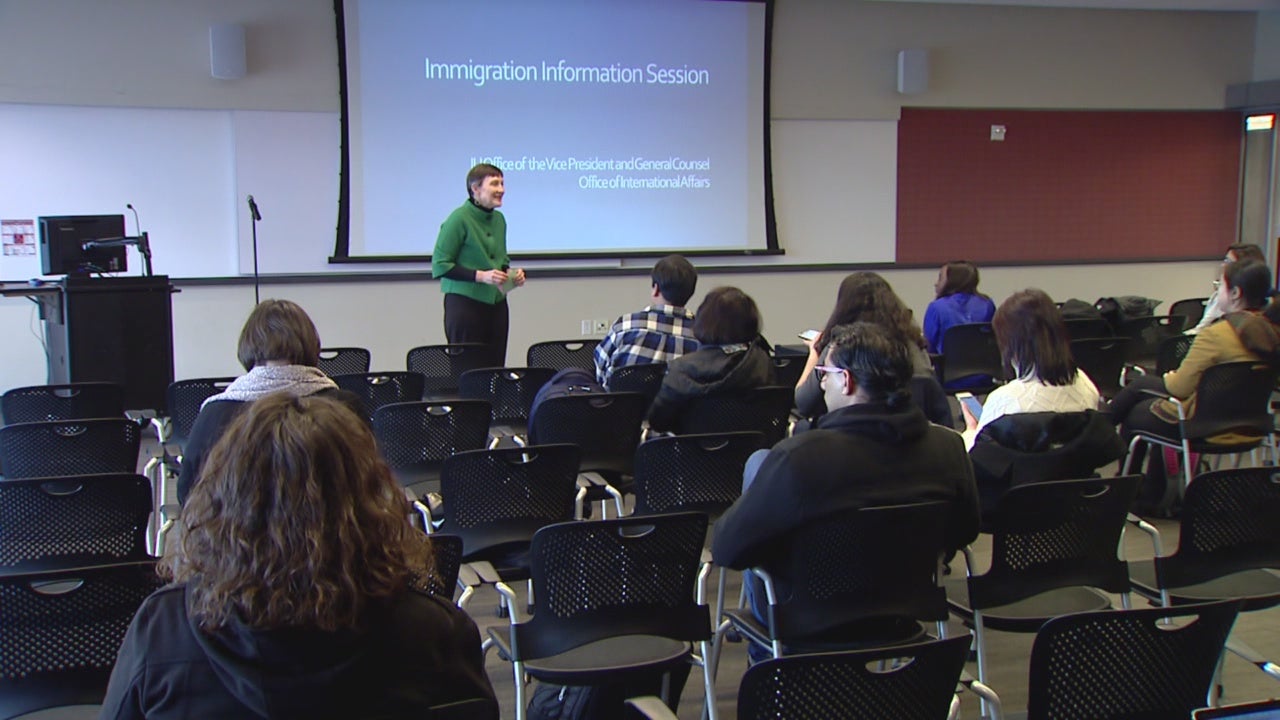 INDIANAPOLIS (WISH) — The immigration ban and the travel restrictions have had a ripple effect across the country, including many universities like IUPUI.

A couple dozen students and staff went to a public forum Tuesday to get reassurance, as well as get questions answered.

Many international students aren’t sure about their future since the ban took effect.

“It is very disconcerting for all of us,” Executive Director IUPUI Office of International Affairs Sara Kurtcallaei said.

IUPUI staff spent a couple hours Tuesday calming worried students and staff about their future in the United States.

There are 47 students at IUPUI who are from the countries listed in President Trump’s travel ban.

They asked about possible travel outside the U.S.

“For citizens of the seven countries if they don’t have a permanent status in the U.S., not to leave,” Kurtcallaei said, “Even if they want to take a vacation, attend an international conference, go to Mexico or Canada over the break, that they wouldn’t be permitted to return to the U.S.”

For students from other countries, like Baoqi Liu from China, the school officials said there shouldn’t be a concern about returning.

“Actually I really want to travel abroad during the summer vacation so I just want to make sure my visa is OK,” she said.

But they cautioned those students to be sure to travel with every piece of documentation they have in case they are questioned at customs.

“So that makes students worry about whether they’ll be able to go home and visit family and be able to return,” Kurtcallaei said.

While students and university staff on the banned seven country list are directly affected now, international students from other countries are worried about future executive action.

If you have any questions, email iadvisor@iupui.edu.