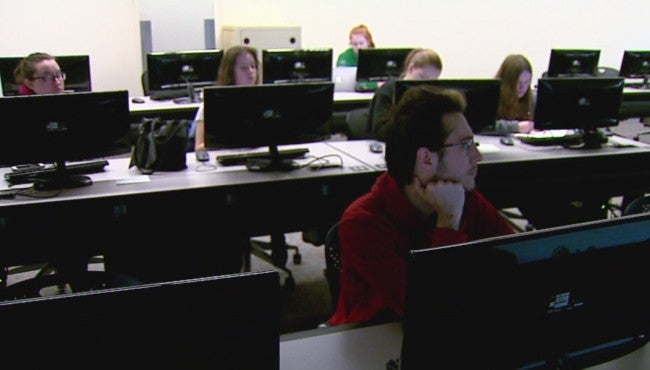 The school is launching a manufacturing research center with the help of a $1 million donation. Associate professor Mark Frohlich will be the director of IU Kelley School Center for Excellence in Manufacturing.

“Not only will we contribute to knowledge along the way but we’ll be in a position kind of as historians to documents what happens. Twists and turns,” Frohlich said.

People across Indianapolis have read headlines about Carrier and Rexnord shipping jobs to Mexico, but IUPUI professors say there is more to the story.

The school wants to relay research to companies and teach manufacturing students about the industry, which is diving head first into technologies like automation and 3D printing.

Masters of Business Administration students will start studying in the center this summer and undergrads will start next year. Frohlich said the school’s seen an uptick in students interested in manufacturing.

“It (manufacturing) might be in the background. It might be getting off-shored and outsourced, but for Indiana it’s extremely important for the economy and for the jobs that people have in this state,” Craig said.

Frohlich pointed out that Rolls-Royce is investing nearly $600 million in advanced manufacturing in Indianapolis.

The center is possible because of a $1 million donation from a Indiana University Kelley School of Business alumus named Gregg Sherrill and his wife, Sabine. It will be located in current IUPUI facilities and won’t require new construction.