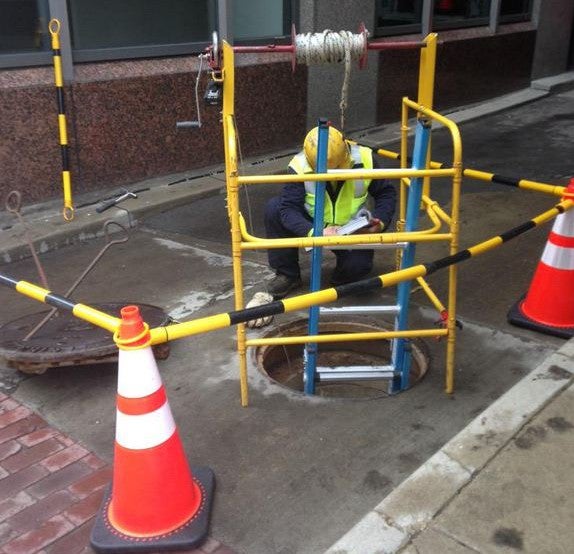 INDIANAPOLIS (WISH) — The Indiana Utility Regulatory Commission heard from Indianapolis Power & Light executives Thursday on the investigation into the operation and maintenance of the utility company’s network facilities.

The conference was a result of two downtown incidents on March 16 and 19, the latter leaving some 930 customers without power.

IPL said its number one priority is the safety of customers. That’s why they stepped up inspections, as well as replacement of all downtown manhole covers with locking ones.

With 72 miles of primary high voltage cables and 38 miles of low voltage, or secondary cables, in its downtown underground network, IPL has 110 miles of cable in a one mile square area. But IPL said that area also includes gas, water and steam lines, among other things.

“I say that just to give you a sense of the complexity of the environment that we’re dealing with and that’s why there’s not a single programmatic response that we can take,” said IPL President, Kelly Huntington.

But in the face of a termination chamber failure March 16 on Massachusetts Avenue and manhole explosions March 19 at North Street and Capitol Avenue, IPL said its focus has been on three areas: inspections, maintenance and monitoring equipment.

“We don’t have any reason to believe there is any greater risk for incidents on the downtown network,” Huntington said. “We thought it was important to reassure ourselves and the community to do a full set of inspections across the network.”

IPL said it did find some minor issues.

“We have initiated what I would call 205 low priority work orders,” said Joe Bentley, IPL Senior Vice President of Customer Operations. “So when you think about an entire sweep of the downtown network, what we found was half of what we found over the last three years.”

IPL also ramped up installation of locking manhole covers and retrofitting those already in place with new locking mechanisms after access issues.

But IURC commissioners wanted to know why it takes a big event such as the Final Four to accelerate the process.

“There are people that live in Indianapolis full-time who are just not coming in for events whose safety is just as important as the tourists’ safety,” said Carolene Mays-Medley, IURC vice chair.

Huntington told Mays-Medley locking manhole covers is a “relatively new technology” without much industry experience with it, but IPL now has three years experience installing and operating the covers.

“We have not experienced an over-pressurization event in a manhole that has this cover so while the manufacturer has done extensive testing that it should perform as designed, we don’t have any field experience seeing that yet,” Huntington said. “Certainly as you can see by our actions we believe the benefits outweigh any uncertainty.”

IPL said barring any significant, unforeseen circumstances it will have all 1,214 downtown manhole covers replaced with the locking ones by Dec. 31.

The public can submit their comments in one of three ways:

All comments should include the Cause Number (44602) and the commenter’s full name, mailing address, e-mail (if applicable), and daytime telephone number.