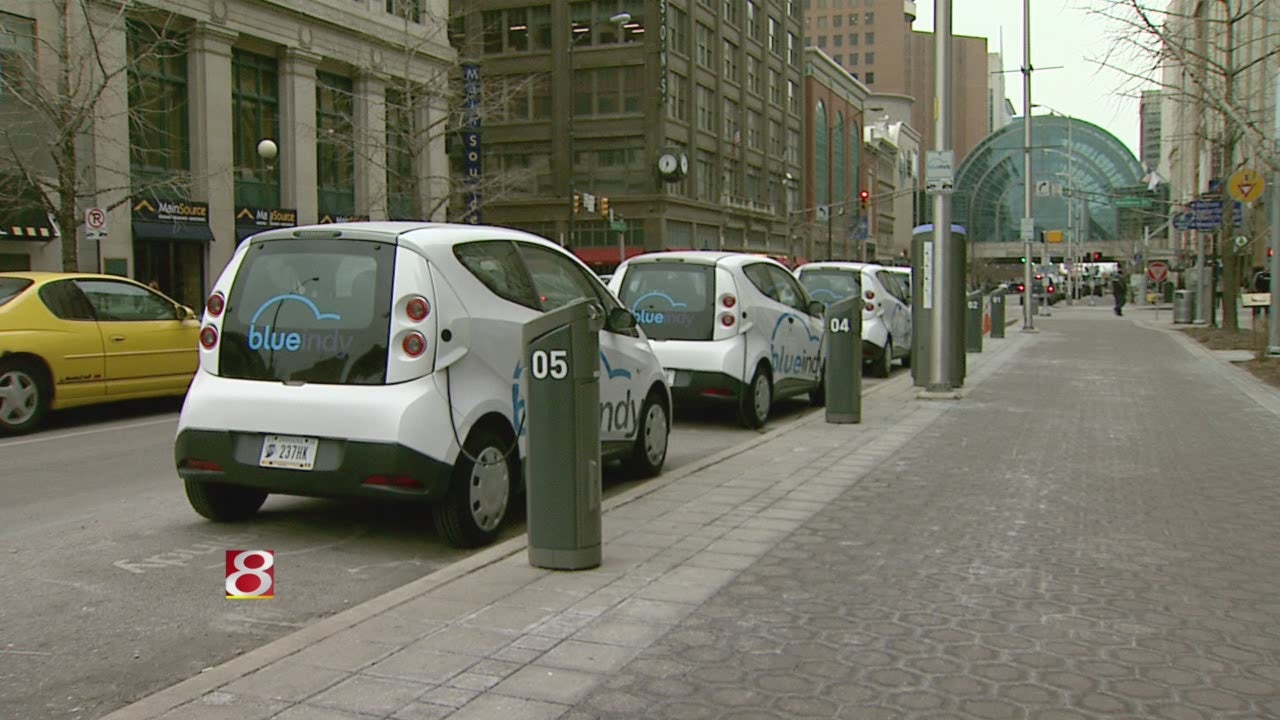 INDIANAPOLIS (WISH) – The Indiana Utility Regulatory Commission (IURC) turned down a request Wednesday by IPL for a rate hike to pay for BlueIndy, the City’s electric car program.

If the request had been approved it would have meant an increase of 28 cents a month for IPL customers to fund the installation of charging stations around the city.

Now the question is – what does this mean for the future of the program?

The BlueIndy set up on Washington Street just off Monument Circle with its fleet of five cars currently is just for demonstration purposes only. Anyone can book a ride with a BlueIndy driver to learn more about the program but you currently can’t rent one of the cars.

IPL asked for $16 million for installation of 200 charging stations and kiosks around the city, including Broad Ripple, Castleton and the University of Indianapolis. But the IURC modified the request – denying $12.3 million of the proposal – and allowing for only $3 million in distribution system upgrades.

“Based on the lack of evidence that was provided to us we can’t see a reason that those costs recoveries transfer over to the rate payers,” said Chetrice Mosley, Executive Director of External Affairs for the IURC. “When a new utility customer comes they are able to provide us a petition so that they can provide cost recovery for those line extensions only which is approximately $3 million.”

That means it’s back to the drawing board for IPL. Brandi Davis-Handy, Director of External Communications for IPL, said the company still believes the BlueIndy project is beneficial to the city.

“There are a number of conditions and we need to meet with our partners – the City and Blue Indy – to see how this program could go on,” said Davis-Handy. “I think one thing that was communicated throughout this process was really looking at the whole picture and the benefit of what we see this program bringing to the city of Indianapolis.”

Mayor Greg Ballard said the decision by the IURC was disappointing and will be reviewed.

“The City of Indianapolis strives to be a cutting-edge, global destination, where we can attract and retain both new businesses and top talent. Today’s IURC decision serves as a disappointing statement against our City’s efforts to decrease reliance on foreign oil and promote economic development,” Ballard said. “The order was contrary to recommendations of OUCC – the State’s consumer protection agency – and contained little mention of the proposed program’s public benefit or economic development impact. Despite this finding, the City remains committed to working with our partners at BlueIndy and Indianapolis Power & Light Company to implement a successful electric vehicle car share program for the benefit of our entire community.”

IPL has 20 days to appeal the decision.