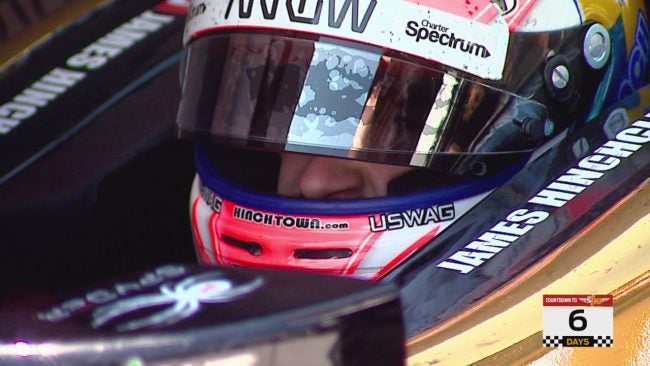 INDIANAPOLIS (WISH) – It was the Monday practice before the Indy 500 last year that James Hinchcliffe’s number five car crashed and nearly killed him.

Now, one year later, Hinch is practicing from the pole position.

The Schmidt Peterson Motorsports driver edged out Josef Newgarden by a narrow six tenths of a second for the pole position. But even Newgarden can’t help but be happy for his competitor.

“It’s hard not to be disappointed with second. But at the same time, I don’t know how we can be not satisfied with that. It was a great day. And super happy for Hinch. He did a great job,” said Josef Newgarden.

“Hinch! Hinch deserves it, man. After what he went through last year. I know what it’s like to come back from a really tough injury so he came back tougher, stronger than ever. And it’s going to be a very competitive race,” said Will Power.

All hope for a competitive Indy 500, and Hinch wants to make sure his car runs its best so he can make the most of his pole position.

Hinch will have one more opportunity before the race to get a feel for the track on Carb Day.

Then come Sunday, the Canadian will attempt to cap off a comeback for the ages: trying to win the 100th running of the Indianapolis 500 on a track that nearly killed him the year before.