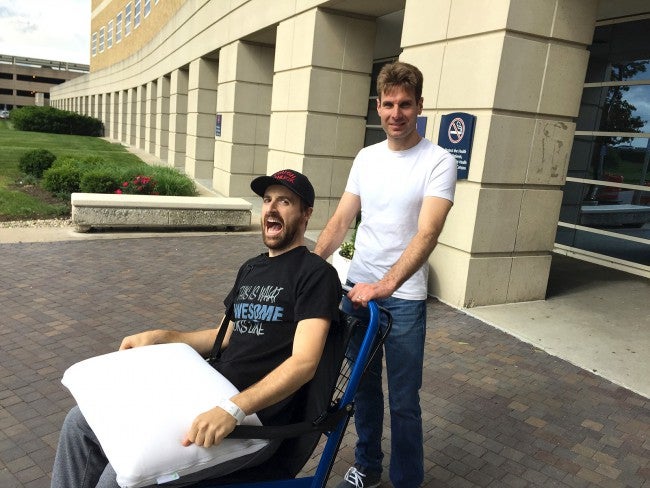 Hinchcliffe was released on May 26 after he had surgery on May 18 for an upper left thigh and pelvic injury suffered during a practice crash at IMS.

After his release from the hospital, Hinchcliffe was expected to continue recovery at home. IndyCar officials said Hinchcliffe should make a full recovery.

Hinchcliffe, 28, still can’t compete behind the wheel of an IndyCar. The racing organization’s medical staff members haven’t cleared him for competition.