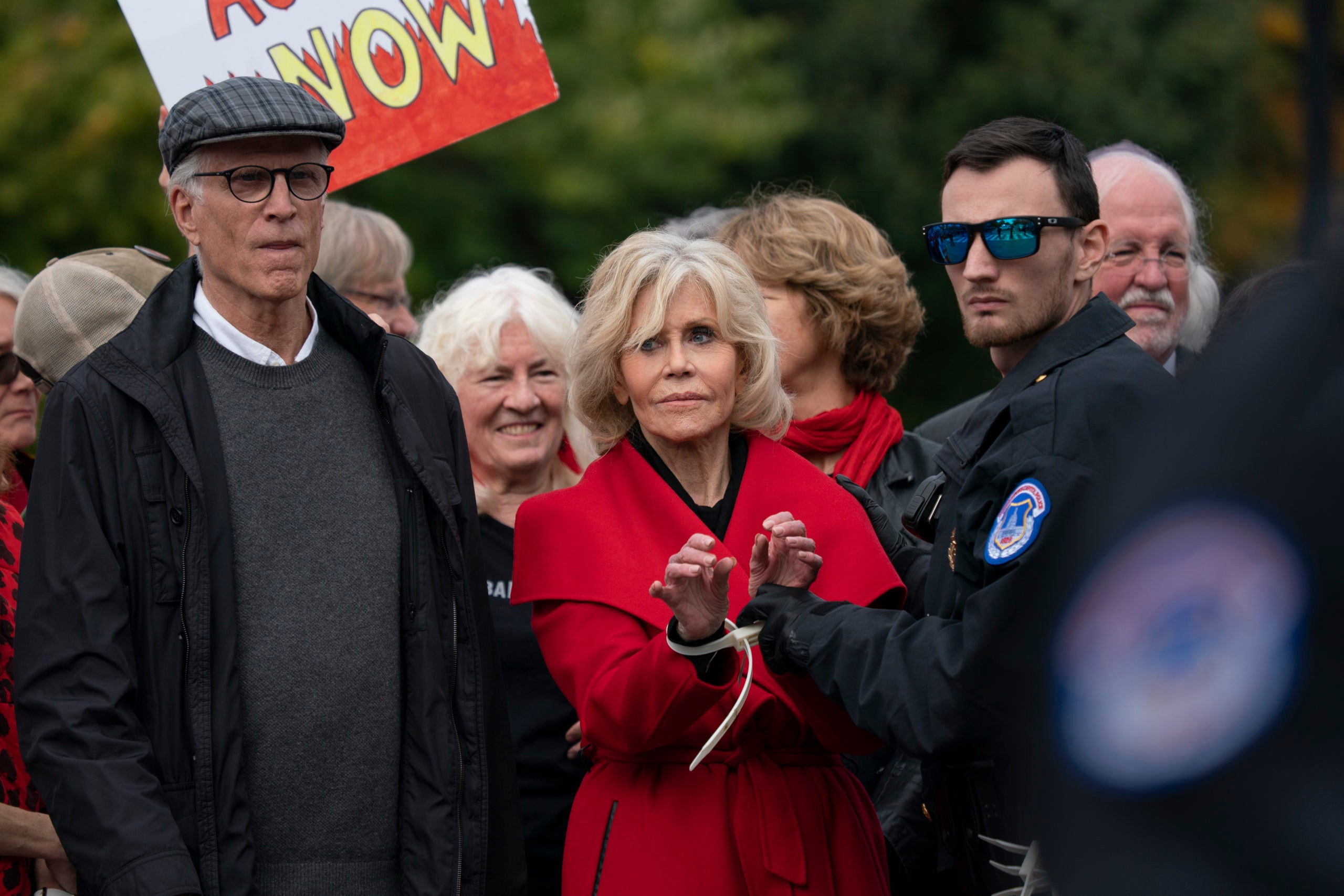 According to CNN, Fonda, along with actor Ted Danson, were arrested at the U.S. Capitol during a climate change protest.

They, along with 30 other protesters, were charged with crowding, obstructing or incommoding.

Fonda has called the protest “Fire Drill Fridays” saying the climate situation is dire and we have to “behave like our house is on fire.”