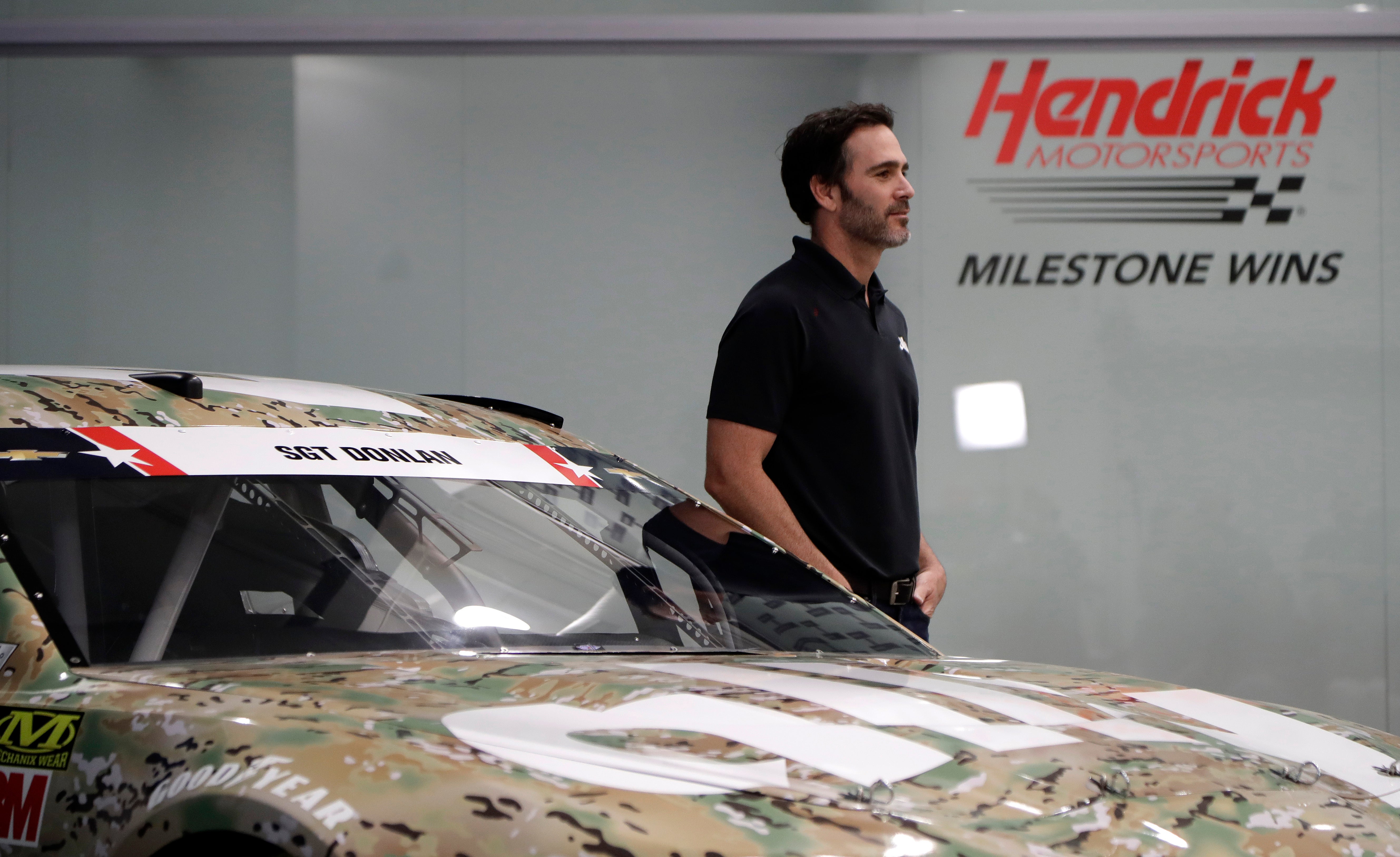 CHARLOTTE, N.C. (AP) — Jimmie Johnson is going camouflage for the Coca-Cola 600 on Memorial Day weekend to honor those who died while serving in the military.

Johnson unveiled a military-themed camouflage paint scheme Tuesday with the name of a fallen soldier written across the front windshield of his No. 48 Chevrolet. The seven-time NASCAR Cup Series champion will pay tribute to Army Sgt. Richard Donlan, who died during combat in Vietnam.

Johnson’s patriotic car scheme is part of the “NASCAR Salutes” initiative, which honors fallen soldiers during the race at Charlotte Motor Speedway. Since 2015, the names of soldiers killed in action have been displayed on the windshields of race cars.

“The sacrifices those families make for our freedom, there is no way to say thank you enough,” Johnson said. “I think that is what makes this all so special. … It’s our turn to say thank you.”

The Coca-Cola 600 will be held May 26, the day before Memorial Day.

Johnson’s brother-in-law died while training in the Armed Forces, and his grandfather fought in World War II, so the weekend has a special meaning for the veteran driver.

“I have been close to it and around it, and while I didn’t live with it directly what military families go through I have a good understanding of it,” Johnson said.

Donlan was from Hampton, Virginia, and was born in 1946 and died on Feb. 28, 1969, in the Binh Thuan province of Vietnam. He was part of the 506th infantry, 101st Airborne. He is buried at Arlington National Cemetery.

Donlan was a senior at the University of Virginia when he voluntarily enlisted during the fall of 1967.

Laine Donlan, a nephew of Richard Donlan and a senior director in internet technology for Ally, said the tribute is an “incredible honor” to his family.

“When I submitted his name to be mentioned alongside the fallen soldiers, I had no idea Uncle Rick would be memorialized on the front of a seven-time NASCAR champion’s car,” Donlan said. “It’s humbling to know his service and sacrifice will be known by so many.”

Laine Donlan will be a special guest at the race weekend along with Richard’s brother, Jay, a Navy veteran, and Jay’s wife, Mary, who served in Vietnam as an Army nurse.

On Tuesday, 50 volunteers from Ally, the USO and the No. 48 Hendrick Motorsports racing team made about 1,000 care packages for active service members.

Here is the car @JimmieJohnson will drive during NASCAR’s longest race! Jimmie and the Ally 48 team will pay tribute to Army Sgt. Richard Donlan, who died in combat during the Vietnam War. Sgt. Donlan’s nephew, Laine, is part of the Veteran Allys employee resource group. pic.twitter.com/XIp2za7l8C— Ally Racing (@allyracing) May 14, 2019