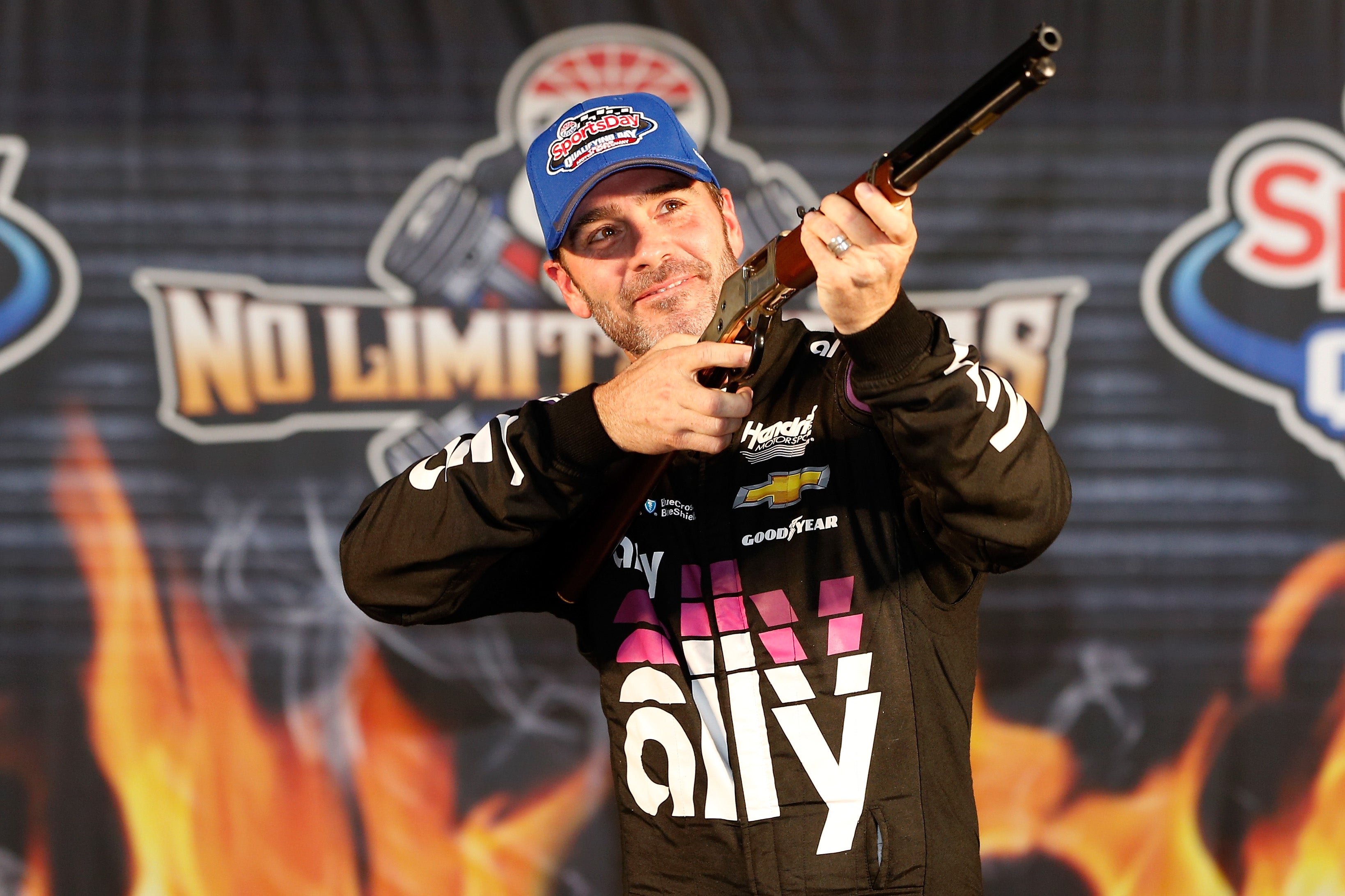 FORT WORTH, Texas (AP) — Jimmie Johnson will start on the pole at Texas, where he is a seven-time winner.

With Johnson leading the way after a final-stage fast lap of 188.890 mph to get his first pole anywhere since 2016, Hendrick Motorsports took the top three qualifying spots Friday. William Bryon was second, and Chase Elliott third.

NASCAR made some tweaks to its qualifying procedures after all 12 drivers in the final round failed to log an official lap two weeks ago at the two-mile Auto Club Speedway in California. Drivers idled on pit road until the final second to attempt their qualifying lap, and they all blew the timing.

There were still some issues in Texas, with Clint Bowyer calling qualifying an “epic fail” after he qualified 25th. He was upset after the first stage, when he said he was impeded by Ryan Newman trying to get on the track during the first stage and eventually missed the cutoff for the top 24 to get to the second stage.

Newman had started to move and then shifted behind another car in line on pit row. But the rear of his car stuck out in the middle lane that is supposed to remain clear between cars on either side of that, though NASCAR said afterward that Bowyer had room to get around him.

Daniel Suarez qualified fourth using a strategy different than most. He went out alone on the track for his laps during qualifying.

Johnson, who is 15th in points this season, also had the top speeds in practice sessions earlier Friday. It was his first pole since the season he won the last of his seven Cup championships.

“It’s been a long couple of years, and we still have a ways to go,” Johnson said. “Certainly race day is much more important than Friday, but we’ve been working so hard. … Top of the chart all day long, and a great start for this Ally team. I’m really proud of everybody for keeping the faith and working hard.”

The last time Johnson won the pole at the 1 1/2-mile Texas track was 2012. He won from the pole that day, and has won at Texas five more times since then.

EJECTED CHIEF: After the No. 20 Joe Gibbs Racing Toyota failed on two attempts through the inspection line for qualifying, car chief Jason Overstreet was ejected. The team for driver Erick Jones was also penalized with a 15-minute deduction of practice time, which will be enforced Saturday.

BOWMAN’S BACKUP: Alex Bowman slammed hard into the outside of Turn 2 during the first round of qualifying, heavily damaging the No. 88 Hendrick Motorsports Chevrolet and stopping the session briefly. There was too much damage, and will have to use a backup car in the race.

WHO’S OUT: With only 39 cars entered into the race, everybody made the field for Sunday’s race.