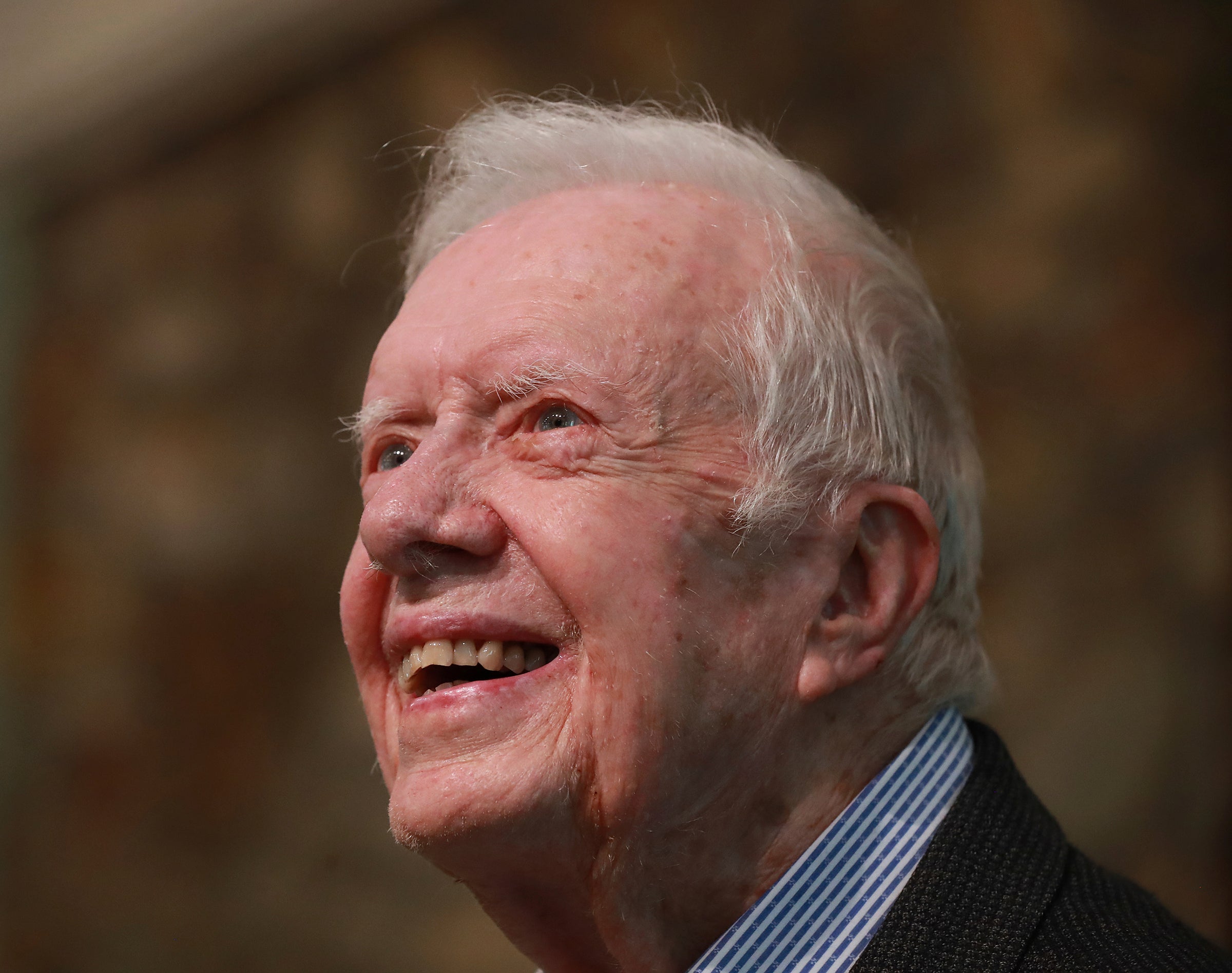 FILE - In this June 9, 2019 file photo, former President Jimmy Carter smiles as he returns to Maranatha Baptist Church to teach Sunday School, less than a month after falling and breaking his hip, in Plains Ga. The 94-year-old former U.S. president said Friday, June 28, that he believes Russia’s meddling “if fully investigated would show that Trump didn't actually win the election in 2016.” Carter said he believes Trump “lost the election” and became president “because the Russians interfered on his behalf." (Curtis Compton/Atlanta Journal-Constitution via AP, File)
by:
Posted: Jun 28, 2019 / 03:26 PM EST / Updated: Jun 28, 2019 / 03:27 PM EST

Carter made the comments during a discussion on human rights at a resort in Leesburg, Virginia, without offering any evidence for his statements.

“There is no doubt that the Russians did interfere in the election,” Carter said. “And I think the interference, though not yet quantified, if fully investigated would show that Trump didn’t actually win the election in 2016. He lost the election and he was put into office because the Russians interfered on his behalf.”

The U.S. intelligence community asserted in a 2017 report that Russia had worked to help Trump during the election and to undermine the candidacy of Democratic opponent Hillary Clinton.

But the intelligence agencies did not assess whether that interference had affected the election or contributed to Trump’s victory, and no evidence has emerged that votes were changed improperly.

Deanna Congileo, a spokeswoman for the Atlanta-based Carter Center, declined a request Friday to speak to Carter for further explanation.

But Mueller’s report did not establish that Russia conspired with any Trump associates in those efforts.

Carter’s comments came during a panel discussion at a retreat for donors to the Carter Center, an organization he founded in 1982 that has been at the forefront of election monitoring efforts around the globe for decades.

The discussion was broadcast by CSPAN.

Panel moderator and historian Jon Meacham asked Carter if he believed Trump was “an illegitimate president.”

Carter replied: “Based on what I just said, which I can’t retract, I’d say yes.”