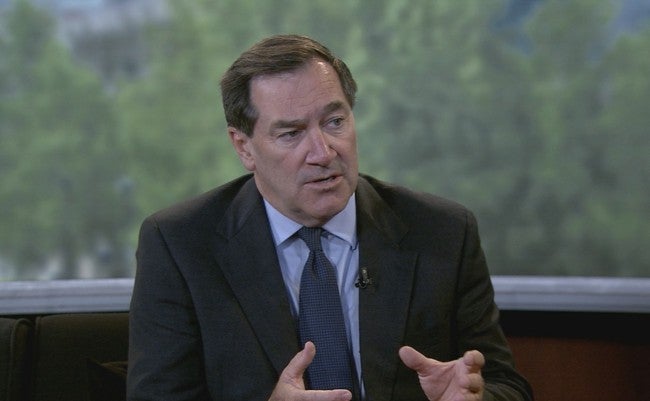 It’s a position that puts him at odds with most Indiana politicians.

Sen. Donnelly, a Democrat, came on WISH-TV’s Daybreak to announce his support for the deal.

“I feel it makes our nation safer, Israel safer, our friends safer,” he said. “That, in addition, this is one more step in trying to make sure we take every option before we put our servicemembers in harm’s way.”

Donnelly says that before he agreed to support the deal he consulted former Congressman Lee Hamilton, a Democat, and former Senator Dick Lugar, a Republican.

His position is opposite that of Republican Senator Dan Coats.

“We know Iran has cheated in the past,” said Coats in a recent floor speech. “We know they’re going to try to cheat in the future.”

And former Democratic Senator Evan Bayh helped create the American Security Initiative which is airing these ads featuring a retired serviceman injured by an Iraqi bomb who is opposed to the deal.

“They kidnapped little kids from neighboring villages and put bullets in their heads and killed them in front of the villagers and said we’re gonna run our bombs out of here,” said retired Staff Sgt. Robert Bartlett in the ad. “That’s who we’re making a deal with.”

GOP Congressman Luke Messer is also speaking out against the deal.

“It’s a bad deal,” he said. “It doesn’t make America safer and that’s why I’m gonna oppose it.”

But Donnelly won’t be budged.

“Our goal is to make sure our servicemembers are protected, that they’re not put in harm’s way until first we take every other option,” he said. “But if Iran heads toward a nuclear weapon then we have an obligation to act.”

In the end this is expected to be a partisan issue. Most Democrats will support the President and the deal.

Most, if not all, Republicans will oppose it.

Congress may vote to do away with it but that would lead to an Obama veto.