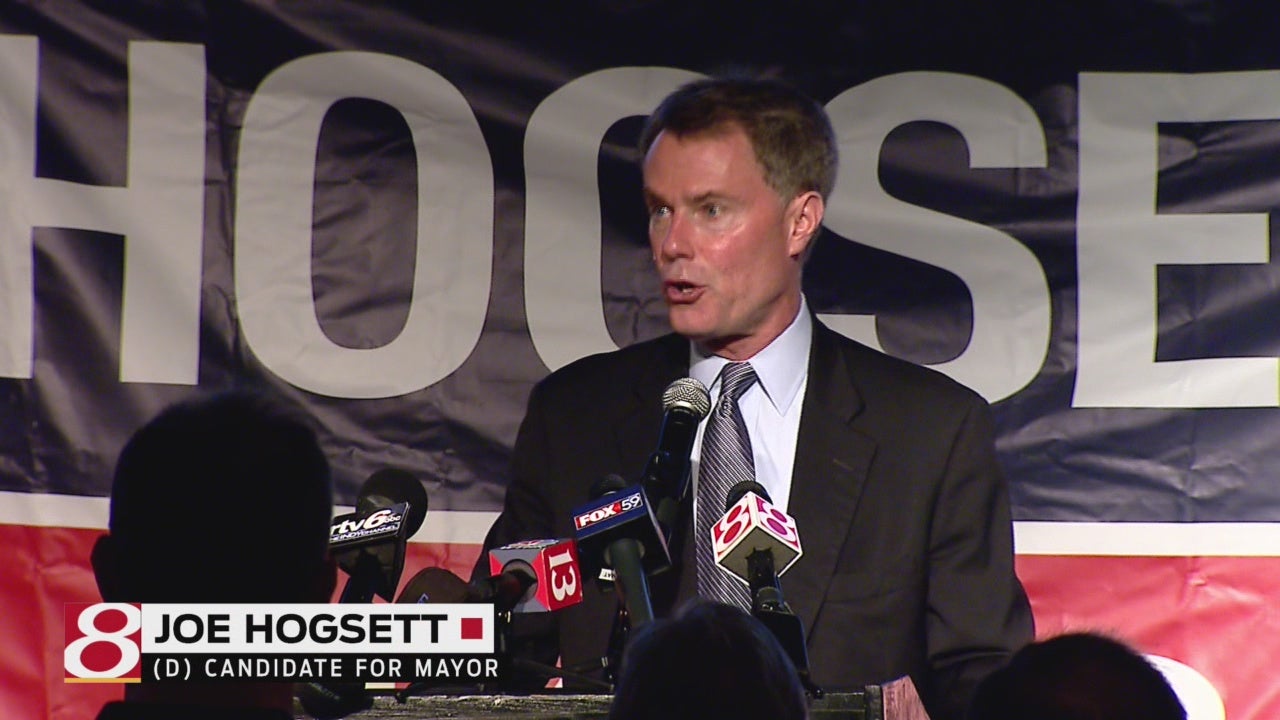 INDIANAPOLIS (WISH) — November is still a long way off but it’s not too soon for campaign commercials. Ads for Joe Hogsett hit the air Monday.

Hogsett has lots of money and and Republican Chuck Brewer does not.

That makes June an opportune time for Hogsett to use TV ads to build him name ID and his image in the race for mayor.

The new ads portray Hogsett as a crime fighter using newspaper quotes about his service as U.S. Attorney, the job he quit to run for mayor.

“Hogsett has gone after gun crimes and some of the most repulsive of the pond scum, child pornographers,” says the announcer.

His campaign manager, Thomas Cook, explains the timing by saying, “Regardless of whether it’s on TV or at your front doorstep, we plan to be very aggressive.”

And crime is the top issue in the race for Mayor.

When he won the May primary Hogsett said, “We will start by putting more officers on the street to combat Indianapolis’s crime epidemic.”

It’s one issue where he and Republican candidate Chuck Brewer agree.

“There’s a general concern out there about crime rates,” said Brewer when asked to identify priorities.

But Brewer is unable to respond in kind, at least not yet. He’s saving his resources for the fall.

“We’ll have the money that it takes to run a strong campaign,” said Brewer campaign manager Jennifer Hallowell, “and get our message out at the time when voters are really paying attention.”

In the meantime, Brewer will attempt to convince voters that, contrary to the ads, Hogsett didn’t do everything possible to battle crime in Indianapolis.

There is no surprise element to the Hogsett strategy. He stayed off the air during the weeks leading up the primary so that he could save his money for the November race.

He is spending it now because, it would appear, he can afford to stay on the air for five months.