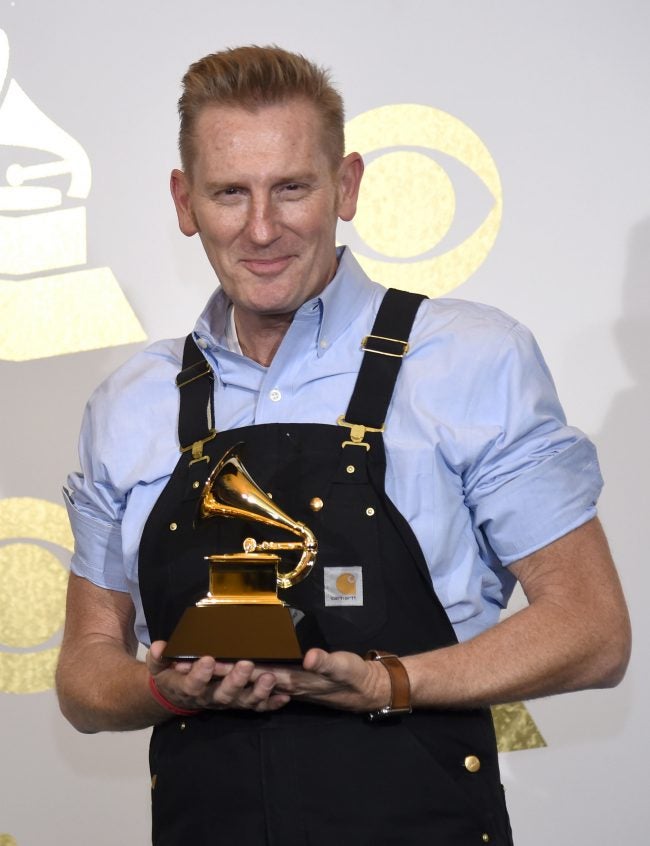 Feek and her husband, Rory, won for “Hymns,” an album they recorded shortly before she died last March at age 40.

“My wife’s dream was to make a hymns album. She didn’t have the chance to do it until she’d been diagnosed with stage 4 cancer, so she’d sing in hotel rooms while she did chemotherapy and radiation,” Rory Feek said at Sunday’s awards ceremony.

When the album was nominated he said his wife made him promise he’d attend the pre-telecast awards ceremony. He says she added with a big smile, “‘Remember, if we win, I’ll know before you will.'”