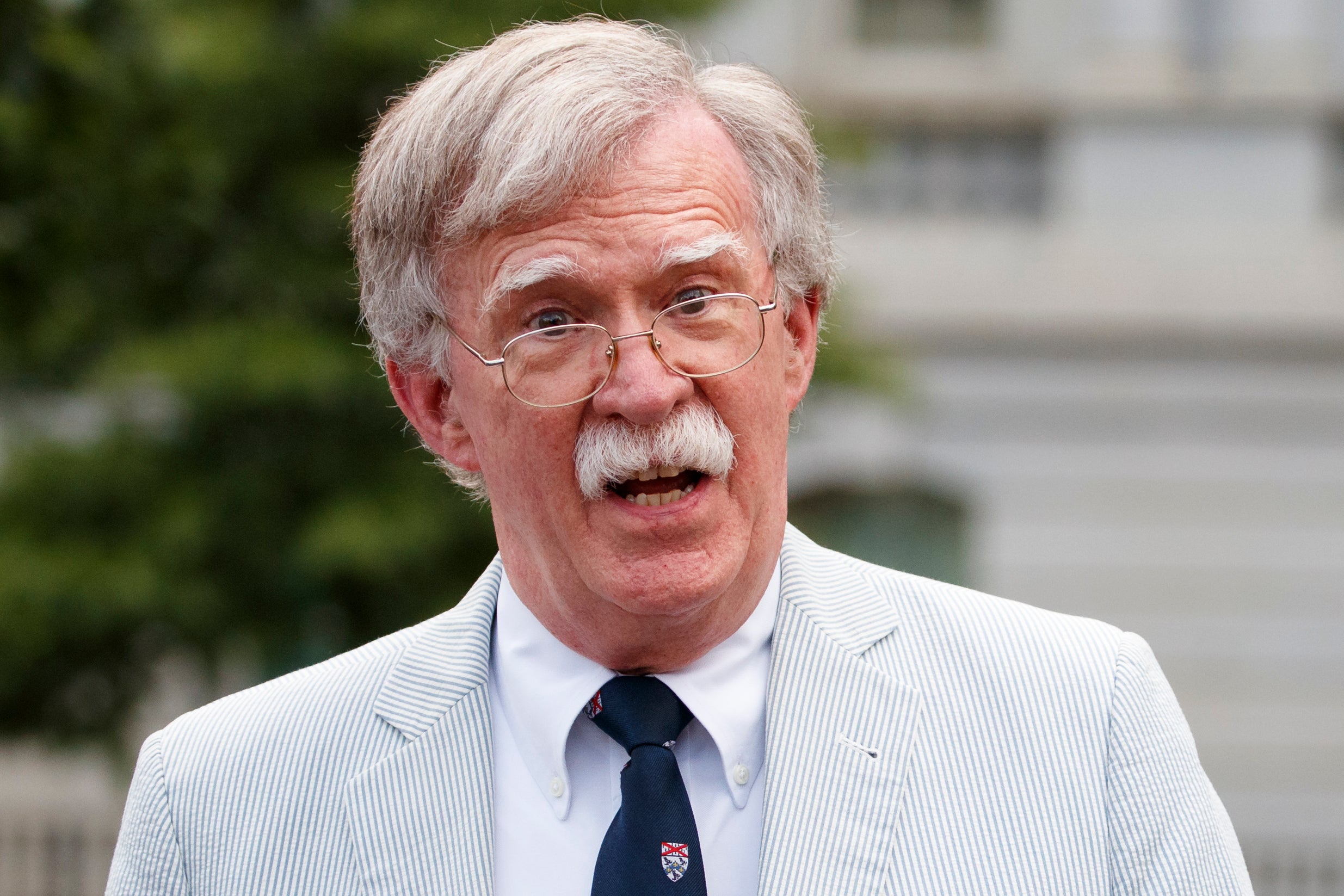 WASHINGTON (AP) — Former White House national security adviser John Bolton said he is “prepared to testify” if he is subpoenaed by the Senate in its impeachment trial of President Donald Trump, a surprise statement that bolstered Democrats in their push for new witnesses.

Bolton, who left the White House in September, said Monday that he has weighed the issues of executive privilege and after “careful consideration and study” decided that he would comply with any Senate subpoena.

“If the Senate issues a subpoena for my testimony, I am prepared to testify,” he said.

If Bolton were to appear, he could provide a first-hand account of events central to the impeachment case against the president. As a senior adviser, he was present for key moments that were investigated in the House’s impeachment inquiry, including meetings with Ukrainian officials.

His willingness to comply with a subpoena could complicate the strategy of Senate Majority Leader Mitch McConnell, who has expressed resistance to calling new witnesses. Bolton left a message for McConnell before he issued his statement on Monday morning, a person familiar with the matter confirmed to The Associated Press on the condition of anonymity because he or she wasn’t authorized to speak publicly.

McConnell has called for a swift impeachment trial, with a possible final vote after opening arguments. He has repeatedly referred to President Bill Clinton’s impeachment, when leaders decided how to proceed after the trial had started. In that case, witnesses gave closed-door depositions and some excerpts of those interviews were played on the Senate floor.

“The Senate has a unanimous bipartisan precedent for when to handle mid-trial questions such as witnesses — in the middle of the trial,” McConnell said as he opened the Senate on Monday.

First, though, the Senate must receive the articles of impeachment. House Speaker Nancy Pelosi has stalled the transmission of House-passed articles against Trump in a bid for the witness testimony that Democrats are seeking.

Pelosi did not provide any clues about her next steps Monday. But in a tweet she said Trump and McConnell have “run out of excuses” for not calling witnesses or producing documents that Trump has blocked.

Trump told Rush Limbaugh on his radio show that the whole process is “sad for our country” and suggested that Pelosi doesn’t want a trial.

“She doesn’t want to get a vote because how could anybody possibly — it’s totally partisan,” Trump said.

Bolton’s testimony would inject an element of unpredictability to an impeachment trial that is widely expected to end with Trump’s acquittal. He clashed with Trump while working at the White House, and the two men offered differing versions of whether he resigned or was fired when he left office.

Should he testify, Bolton would almost certainly be asked about a comment he is said to have made that he did not want to be “part of whatever drug deal” European Union Ambassador Gordon Sondland and White House chief of staff Mick Mulvaney were “cooking up” as Trump pressured Ukraine to investigate Democrats.

That pressure, as Trump was withholding security aid to Ukraine, was at the heart of the inquiry in the House, which voted to impeach Trump on Dec. 18.

Senate Minority Leader Chuck Schumer, D-N.Y., said in a statement after Bolton’s announcement that “momentum for uncovering the truth in a Senate trial continues.”

Schumer said that it is “now up to four Senate Republicans to support bringing in Mr. Bolton” and the other witnesses he has proposed, including Mulvaney. Republicans hold the Senate with a 53-seat majority, and Democrats would have to find four Republicans to vote with them to issue a subpoena.

If Republicans oppose the subpoenas Democrats have proposed, Schumer said, “they would make absolutely clear they are participating in a cover up.”

At least one Senate Republican was ready to hear from Bolton. “He has first-hand information,” Sen. Mitt Romney, R-Utah., told reporters. “Assuming that the articles of impeachment reach the Senate, I’d like to hear what he has to say.”

Other Republicans downplayed the possibility of calling Bolton at the trial. “Call me a skeptic that there’s anything he would add,” said Sen. John Thune of South Dakota, a member of Republican leadership.

Florida Sen. Marco Rubio tweeted that the Senate should not move beyond the evidence collected in the House inquiry — a process that McConnell has called the “least thorough” in history.

“Our job is to vote on what the House passed, not to conduct an open ended inquiry,” Rubio tweeted.

As they arrived back in Washington after a two-week holiday break, many GOP senators wouldn’t even entertain questions about Bolton’s testimony, saying that they couldn’t talk about it until Pelosi sends the articles over.

Alaska Sen. Lisa Murkowski said she wants “to get through that first step.” Iowa Sen. Joni Ernst told reporters to “tell Nancy Pelosi to get her act together.”

Sen. Josh Hawley, R-Mo., introduced legislation Monday to change Senate rules to allow the dismissal of articles of impeachment if they aren’t transmitted to the Senate.

“I don’t know why we would” hear from Bolton, Hawley said, “but let’s start the trial.”

House Intelligence Committee Chairman Adam Schiff, D-Calif., signaled in a tweet that he will not call Bolton again in the House, writing that “the Senate must allow testimony from him, Mulvaney and others.”

Schiff had invited Bolton to testify in the inquiry but did not subpoena him, saying he didn’t want the impeachment case to languish in the courts. Instead, the House voted to impeach Trump for obstruction of Congress.

Bolton late last year teased that he would have more to say about Ukraine, tweeting that people should “stay tuned.”

The Associated Press reported in November that Bolton is writing a book and has a deal with the publisher Simon & Schuster, according to three publishing officials with knowledge of the situation. Two said the deal was worth $2 million. They spoke on condition of anonymity because they weren’t authorized to speak publicly.

“It is a con game by the Dems to help with the Election!” Trump tweeted.

Two-thirds of the Senate — or 67 votes — would be needed to convict Trump of an impeachment charge and remove him from office.