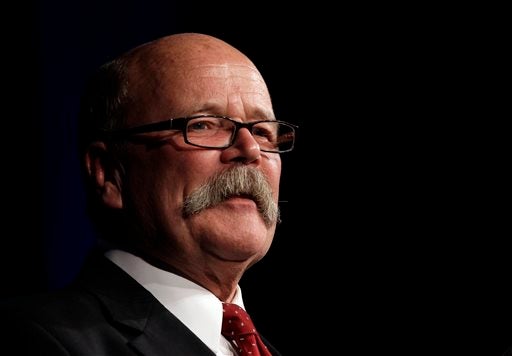 Mike Pence wants credit for starting the first pre-K program in Indiana, but Democrats point out that the Republican governor also turned down a federal grant to expand the program.

They are hitting the issue hard.

They took part in a science lesson and then talked economics with reporters. Gregg criticized the governor for turning down $80 million in federal funding.

“Those are our dollars,” he said, “and I’ll tell you what, I don’t know who the next president’s gonna be but old John’s gonna get every one of our tax dollars back.”

They promised to establish pre-k classes in each of the state’s 289 school districts with or without federal help.

The governor wants a more narrow program. Indiana currently offers pre-k only to disadvantaged kids and its offered in just five counties. The governor’s plan would expand it statewide.

Pence suggested that the Democrats are pushing a plan that is not responsible.

“I think the pilot that we developed, though, has the right framework,” Pence said, “and that is truly making it voluntary and focusing on the disadvantaged children in the state of Indiana.”

But Gregg pointed out that Pence is now open to the federal assistance that he believes is still available.

It’s a volatile issue and one that likely won’t die down between now and November.