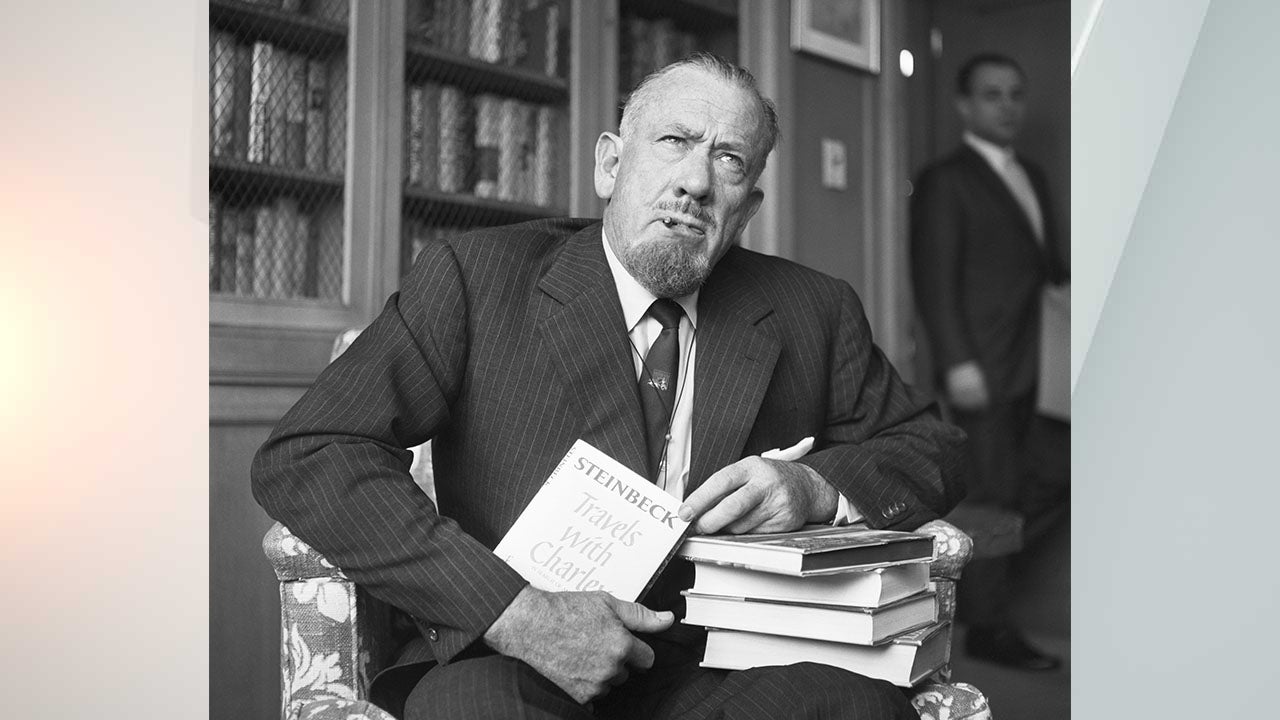 (CNN) — An upcoming auction is making an intimate collection of the personal belongings of American author John Steinbeck available to the public for the first time.

The collection includes an array of items saved from John and his wife Elaine’s New York home, including locks of Steinbeck’s baby hair, love letters, family photos, first edition books and a handful of other items.

The auction is presented by Curated Estates and will take place online and in-person on the author’s birthday, February 27, the auction house’s website says.

Steinbeck, who died in 1968, is widely known for his books “The Grapes of Wrath” and “East of Eden.” He was awarded the Pulitzer Prize, National Book Award and Nobel Prize in Literature.

The author’s belongings were recovered from a Manhattan warehouse where they had been kept for over two decades before being prepared for auction.

“This auction goes through John’s life from childhood to eighteen years of John and Elaine’s marriage to Elaine’s life after John’s passing,” said Jill Iorio, auction organizer and owner of Curated Estates in a statement to CNN. “These important objects and ephemera have been in storage for almost 20 years and are offered to the public for the first time here.”

The lot is a laundry list of curiosities that offer glimpses into the Steinbecks’ life. (Did we mention the wisps of baby hair?)

Other items include a trash can resembling an elephant’s foot, a telegram from the Kennedys inviting the Steinbecks to the inauguration and the Presidential Medal of Freedom presented to Steinbeck by President Lyndon Johnson.

Among the ephemera is a hummingbird wrapped in thread and placed in a miniature leather coffin crafted by Steinbeck. The author once wrote that the totem was made for him by a “witch doctor” and contains “just about all the magic there is in the world.”

The pieces in this auction lot come from the same storage unit that held Steinbeck’s other items auctioned online in October through Heritage Auctions, Iorio told CNN.

The October auction included a handwritten letter from First Lady Jaqueline Kennedy to Steinbeck which sold for $18,750 and one of the author’s journals which sold for $17,500, according to Heritage Auctions Director of Public Relations Eric Bradley.

“It’s not unusual for the auction house to partner up and say this isn’t right for us but right for another,” he said.

When Curated Estates first acquired Steinbeck’s items, Iorio said, they looked “worse for wear and common. Once they started to unwrap the furniture and unload the boxes, however, they found otherwise.

“There were pots and pans,” she said. “There were coupons. There were old magazines and newspaper clippings. Then there was a photo of John and Elaine. There was John’s baby hair neatly kept in an envelope marked ‘John’s hair at 25 months’. There was a poem written in John’s hand. Common? No. Unique, personal, important? Yes. We then realized our responsibility to this historic material and to the Estate.”