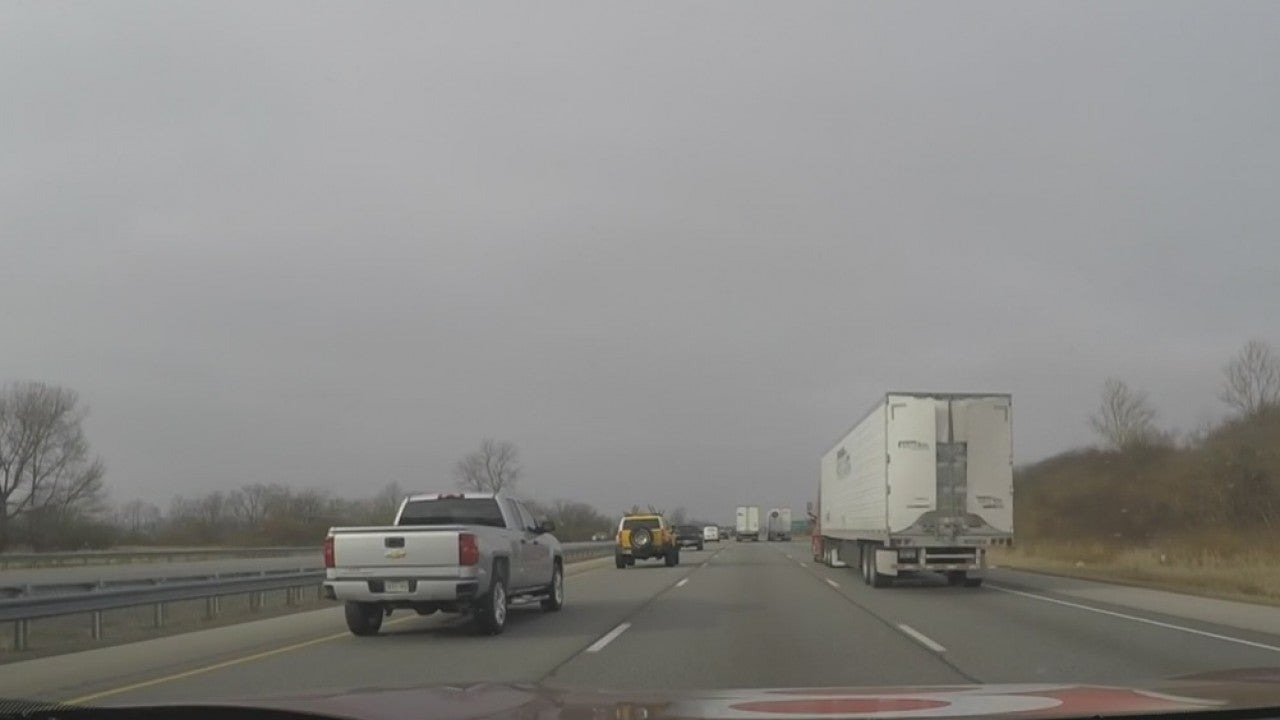 Sheriff Duane Burgess said Friday that Jeffrey D. Carpenter, 20, was arrested for going 156 mph while driving north on I-65 around 2 p.m Saturday. The Sheriff’s Office said Carpenter was in a red Dodge Charger car weaving in and out of traffic. The deputy who was chasing him couldn’t keep up as the suspect got off the exit to Whiteland Road.

“He already notified the other officers from other agencies and our officers they start searching that area of Whiteland Road and I-65,” Burgess said.

The sheriff added that an officer from Whiteland Police Department saw the vehicle parked at Speedco Truck Lube and Tires in the town. The car was still running and no one was inside. Witness told the officer that Carpenter ran next door to a Flying J Travel Center truck stop and called 911. The suspect gave the dispatcher a false location of where the vehicle was.

The sheriff said he believes the 911 call was an attempt to throw law enforcement off their search to find him.

“Hoping that we leave the area so that person can also now flee since officers are leaving the area just to throw us a curve ball and that didn’t work that day,” Burgess said.

Carpenter was found at the truck stop and arrested for reckless driving, false reporting, resisting law enforcement with a motor vehicle, and driving with a suspended license.

The Sheriff’s Office said another high speed chase happened in Greenwood on Monday. Ian Andre Feist, 18, was going 98 mph in a 35 mph zone.

The sheriff said trying to catch drivers at high speed while not putting the public at risk is a challenge.

“When you’ve got residential neighborhoods in the area, you’ve got kids driving, you know, we’ve had some incredibly nice weather. There’s all that stuff that they take into consideration. If you come to Johnson County and you’re going to flee from law enforcement and you get caught, you will be prosecuted ” Burgess said.