Josh Speidel returns to basketball court after months of recovery 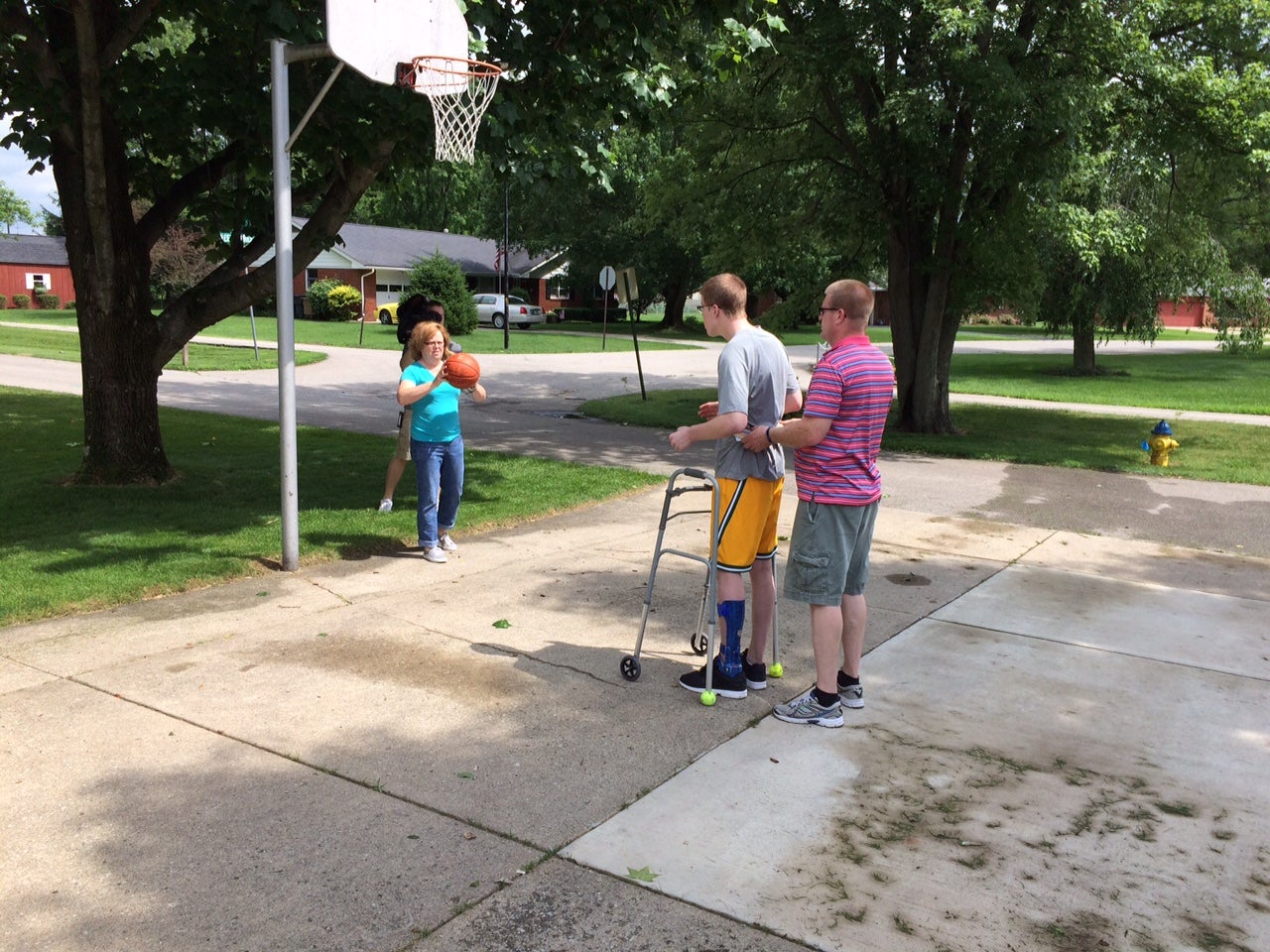 COLUMBUS, Ind. (WISH) – Columbus North’s Josh Speidel is applying his competitive spirit on the basketball court to his recovery after a serious car crash.

“Josh is a competitor. If Josh wants to play he’s the one who’s going to have to put in the work,” said David Speidel, Josh’s dad.

It is a bond only a father and son could have.

For the father and son team, the relationship grows even stronger on the basketball court.

“The best present I could get? Be able to come out shoot ball again on the driveway out here and just enjoy talking with Josh,” said David.

Through childhood they’ve spent countless hours out on the court in their driveway, with Dave helping Josh perfect his game.

As Josh’s recovery continues, they get to do it again.

The family’s approaching the challenge with a sense of humor and determination.

“We just did this the other day and his follow through is better, and he just keeps getting better and better,” said David as the two shot hoops in the driveway.

While basketball therapy counts for something, Josh also goes for physical therapy, as well as occupational, speech and vision therapy three days a week..

When his rehab is complete Josh said he still plans on going to the University of Vermont.