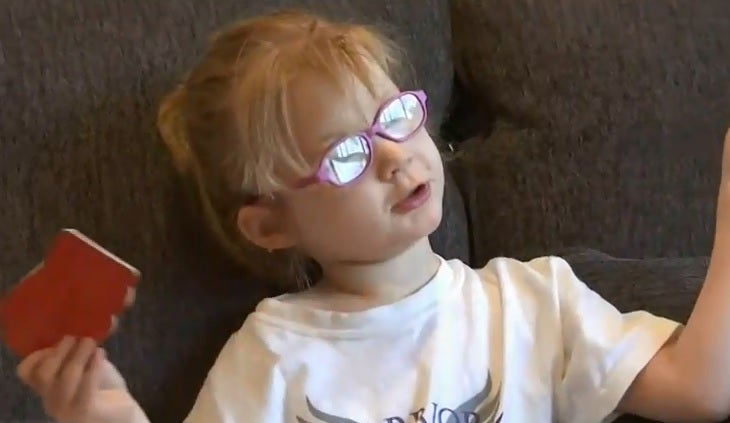 SANTA ROSA, Calif. (KRON) – A judge’s temporary order is currently allowing a 5-year-old North Bay girl with a rare form of epilepsy to go to school with her medical marijuana.

The young girl is given cannabis oil if she has a seizure. The school district had said she couldn’t attend school with that oil because of federal law.

Now, the family is fighting back and another decision from the judge is expected in the next two months.

Brooke Adams is 5 years old and she’s similar to many other kids. She likes her toys and loves her juice.

But unlike other kids, Brooke has Dravet Syndrome, a rare form of epilepsy that causes seizures. For Brooke, the No. 1 thing that helps stop those seizures is THC oil.

“She needs the THC,” mother Jana Adams said. “It actually calms her brain and stops the seizure.”

Kindergarten started Monday for Brooke, but she’s only able to go to her school, Village Elementary in Santa Rosa, because of a judge’s temporary order allowing her to do so. The district originally said that because of federal drug laws, she wouldn’t be allowed to bring THC oil to school, which would stop her seizure.

Her mom is hopeful the judge’s order is a step in the right direction.

“Happy of course and hope they will see,” Jana said.

Brooke is given medical marijuana oils that include THC, CBD, and THCA twice a day at home. If she gets a seizure at school, her personal nurse would place an oil behind her lip.

Without that oil, her seizures could last up to 3 hours long.

“Now, with the cannabis on board, her seizures last 3 to 4 minutes, and we’re not having to call 911,” Jana said. “No ambulance trips. No hospital stays. It’s life-changing.”

The judge who ruled on this is expected to give a more permanent ruling on this case within the next two months, but Jana says they’ll be ready to appeal if it doesn’t go in their favor.

She says she never expected to be fighting for medical marijuana.

“We go to church,” Jana said. “We’re Mormon, and don’t even drink alcohol.”

But she says the medical marijuana is doing what all other medicines haven’t been able to do–help her daughter.