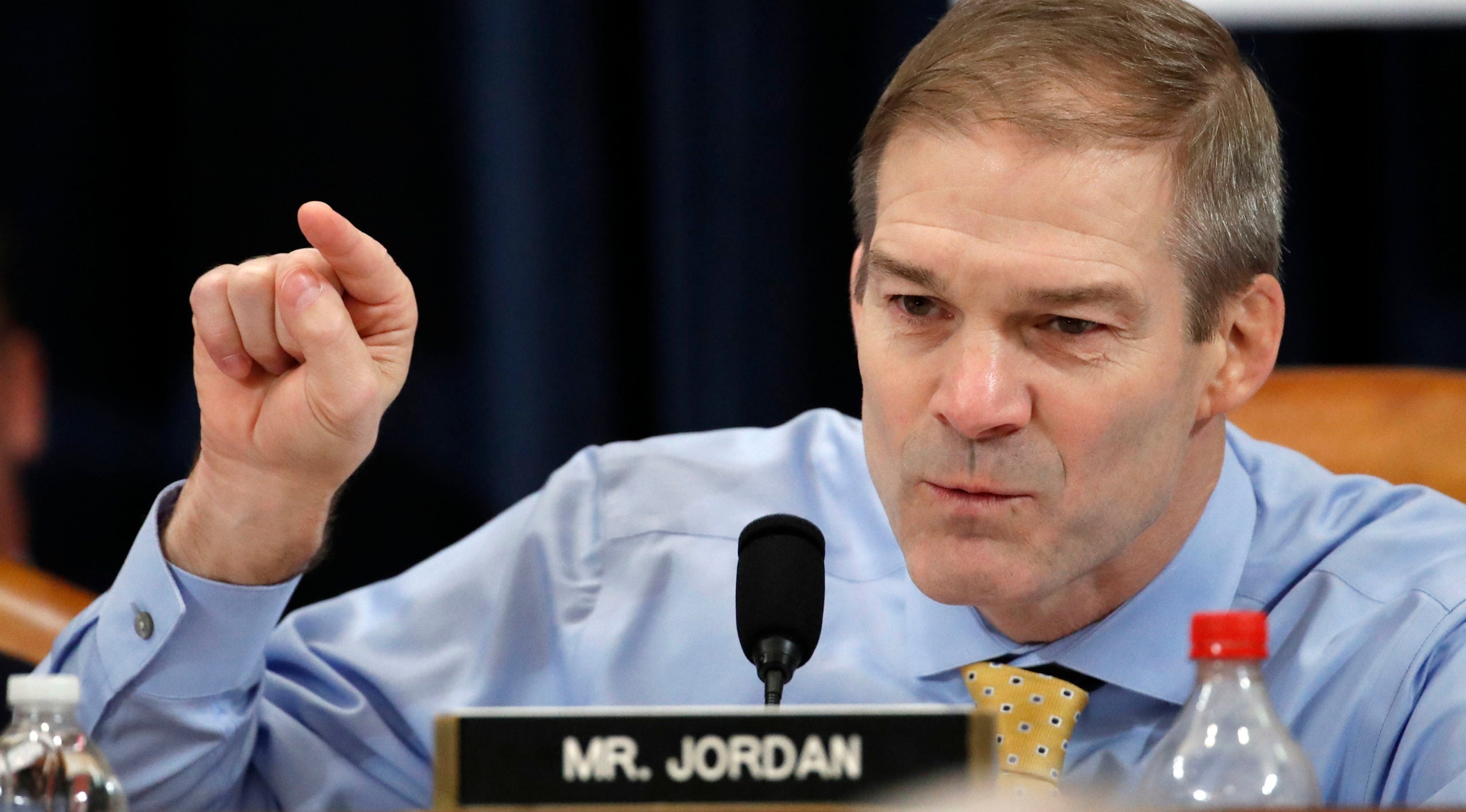 WASHINGTON (AP) — The House Judiciary Committee lumbered toward a historic vote late Thursday night to approve articles of impeachment against President Donald Trump, splitting sharply along party lines in a grueling session. It was expected to end with charges being sent to the full House for action next week, before the holidays.

The committee, made up of some of the most strident Democrats and Republicans in Congress, clashed for more than 13 hours as Republicans insisted on lengthy debate on amendments designed to kill the two formal charges. They kept up the late-night endeavor though they won no votes from the majority Democrats and had no hope of winning any.

Trump is accused, in the first article, of abusing his presidential power by asking Ukraine to investigate his 2020 rival, Joe Biden, while holding military aid as leverage, and, in the second, of obstructing Congress by blocking the House’s efforts to probe his actions.

Trump is only the fourth U.S. president to face impeachment proceedings and the first to be running for reelection at the same time. He insists he did nothing wrong and blasts the Democrats’ effort daily as a sham and harmful to America. Republican allies seem unwavering in their opposition to expelling Trump, and he claims to be looking ahead to swift acquittal in a Senate trial.

Speaker Nancy Pelosi sounded confident Thursday that Democrats, who once tried to avoid a solely partisan effort, will have the votes to impeach the president without Republican support when the full House votes. But she said it was up to individual lawmakers to weigh the evidence.

“The fact is we take an oath to protect and defend the Constitution of the United States,” Pelosi told reporters. “No one is above the law; the president will be held accountable for his abuse of power and for his obstruction of Congress.”

The outcome poses potentially serious political consequences for both parties ahead of the 2020 elections, with Americans deeply divided over whether the president indeed conducted impeachable acts and if it should be up to Congress, or the voters, to decide whether he should remain in office.

The president has refused to participate in the proceedings, tweeting criticisms as he did Thursday from the sidelines, mocking the charges against him in the House’s nine-page resolution as “impeachment light.” But Pelosi said the president was wrong and the case against him is deeply grounded.

Democrats contend that Trump has engaged in a pattern of misconduct toward Russia dating back to the 2016 election campaign that special counsel Robert Mueller investigated. And they say his dealings with Ukraine have benefited its aggressive neighbor Russia, not the U.S., and he must be prevented from “corrupting” U.S. elections again and cheating his way to a second term next year.

“It is urgent,” Pelosi said.

But Senate Majority Leader Mitch McConnell said late Thursday on Fox News, “There is zero chance the president will be removed from office.” He said he was hoping to have no GOP defections in the Senate trial next year.

The Judiciary Committee session drew out over two days, with both sides appealing to Americans’ sense of history — Democrats describing a duty to stop what one called the president’s “constitutional crime spree” and Republicans decrying what one said was the “hot garbage’’ impeachment and what it means for the future of the country.

As lawmakers dug in for the second day at the stately hearing room in the Capitol, Chairman Jerrold Nadler, D-N.Y., immediately asked for a full reading of the two articles of impeachment against the president as TV cameras carried the live proceedings . Then came a long day of fights over amendments, primarily by Republicans trying to stop the impeachment. They were being rejected by Democrats along party lines.

“The central issue of this impeachment is the corruption of our institutions that safeguard democracy by our president,” Nadler said. “We cannot tolerate a president subverting the fairness and integrity of our elections.”

The top Republican, Rep. Doug Collins of Georgia, called the proceedings a “farce” and said they should be halted until his side was provided a chance for its own hearing. The request was denied, with the chairman saying the process was in line with the impeachment hearings of Richard Nixon and Bill Clinton.

First up was an amendment from GOP Rep. Jim Jordan of Ohio, who tried to delete the first charge against Trump. “This amendment strikes article one because article one ignores the truth,” he declared.

Rep. David Cicilline, D-R.I., argued there was “overwhelming evidence” that the president with his lawyer Rudy Giuliani, in pushing Ukraine to investigate rival Biden, was engaged in an abuse of power “to corrupt American elections.”

Debate on that one amendment lasted for hours before it was defeated, 23-17, on a party-line vote.

Another amendment, from Rep. Matt Gaetz, R-Fla., sought to replace part of the article that says Trump “corruptly solicited” Ukraine to launch an investigation into Biden with his reference to Biden’s son Hunter Biden and the gas company in Ukraine where he served on the board. That, too, was rejected by the panel on party lines. Others followed.

Republicans say Democrats are impeaching the president because they can’t beat him in 2020. Democrats warn Americans can’t wait for the next election because they worry what Trump will try next.

Thursday’s hearing picked up where Wednesday’s late-night session left off.

Into the night, Democrats and Republicans delivered sharp, poignant and, at times, personal arguments for and against impeachment. Cicilline asked Republicans standing with Trump to “wake up” and honor their oath of office. Republican Rep. Mike Johnson of Louisiana responded with his own request to “put your country over party.” Rep. Lou Correa, D-Calif., shared his views in English and Spanish.

One Democrat, Rep. Val Demings of Florida, told the panel that, as a descendant of slaves and now a member of Congress, she has faith in America because it is “government of the people” and in this country “nobody is above the law.” Freshman Democratic Rep. Lucy McBath of Georgia emotionally talked about losing her son to gun violence and said that while impeachment was not why she came to Washington, she wants to “fight for an America that my son Jordan would be proud of.”

But Jordan of Ohio insisted Democrats were impeaching because “they don’t like us” — referring to Trump voters in what he called “fly-over” states like his.

Said Nadler: “History will look back on our actions here today. How would you be remembered?”

One Republican, Rep. Fred Upton of Michigan, who is not on the panel, announced Thursday he would not support impeachment.

The House is expected to vote on the articles next week, in the days before Christmas. That would send them to the Senate for a 2020 trial.