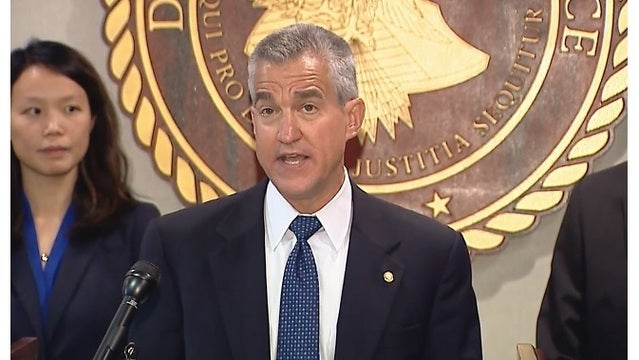 INDIANAPOLIS (WISH) – A jury has convicted the CEO of a former Noblesville pharmaceuticals company.

Paul J. Elmer was the owner and president of Pharmakon Pharmaceuticals. A jury on Wednesday found Elmer guilty of conspiracy to defraud the Food and Drug Administration and nine counts of adulterating drugs, the Department of Justice said Thursday. The verdict came after an eight-day trial before U.S. District Judge James R. Sweeney II in Indianapolis.

Elmer, 67, formerly a licensed pharmacist and a resident of Fishers, was charged by grand jury in a superseding indictment on Feb. 7. The superseding indictment charged that, from 2013 to 2016, Elmer and Caprice R. Bearden, Pharmakon’s former director of compliance, caused Pharmakon ─ which compounded sterile, intravenous drugs ─ to distribute approximately 70 lots of over- and under-potent drugs to military and civilian hospitals throughout the country.

Bearden pleaded guilty to all the charges in the original indictment on Nov. 21, 2017. At the time, she was 62.

Sentencing dates have not bee set for Elmer or Bearden. A news release from the Department of Justice did not say whether the two are currently incarcerated.

Her sentencing date has not been scheduled.