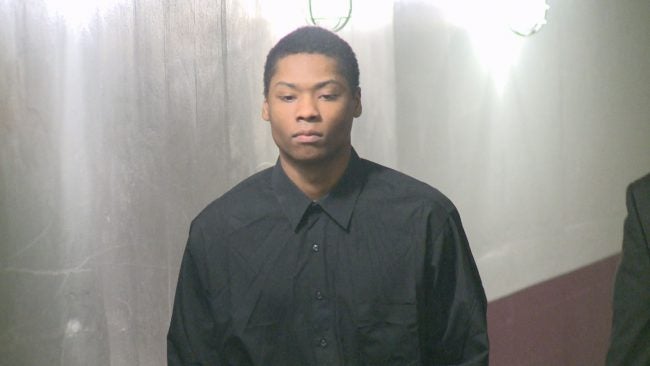 FORT WAYNE, Ind. (WANE) – The man accused of killing three men in a home on Lewis Street nearly a year ago was found guilty on all charges Thursday.

Artavius Richards, 19, faced a jury for the second time in two months, in a retrial which began on Monday. In Nov., the first trial ended with a hung jury. At the time, 10 jurors believed Richards was innocent and only two believed he was guilty, said Allen County Deputy Prosecutor Steven Godfrey.

“The two jurors who hung out for us last time, that hung out for the state of Indiana, thank you,” said Godfrey. “You’re the reason he’s going to prison the rest of his life.”

Richards, was charged with three counts of murder in the Feb. 24 shooting deaths of 23-year-old Mohamedtaha Omar, 20-year-old Adam Mekki, and 17-year-old Muhannad Tairab inside a home at 808 East Lewis Street. Another man, Darrell L. McDaniel was also charged. Godfrey said they had no choice but to do a retrial.

“We regrouped and retooled how we were going to try it this time,” said Godfrey. “Words cant express how happy we are. It’s crazy.”

Mekki’s Father Kamal Mekki said sitting through a second trial was difficult. After a hung jury last time he wasn’t sure what the outcome would be this time.

“I know my son is gone but I’m so happy about the justice right now,” said Mekki. “It was so difficult but you have to be patient.”

Richards and McDaniel were both arrested in September after months of investigation and public interest. The case drew international attention because the three victims were reportedly Muslims.

According to a probable cause affidavit, the killings were not a hate crime but rather the end result of a robbery gone awry.

McDaniel’s trial is set for March of this year.