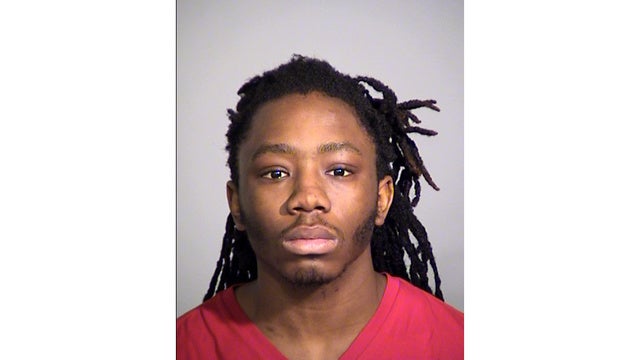 INDIANAPOLIS (WISH) – A jury Thursday convicted a 22-year-old man for the 2016 fatal shooting of a 50-year-old man on the city’s northeast side, prosecutors said.

Larry Joe Thomas of Indianapolis was convicted of two counts of murder and a count of attempted robbery in the death of Rito Llamas-Juarez on Feb. 29, 2016, in a parking lot in the 3900 block of North Post Road, said a news release from the Marion County Prosecutor’s Office.

Indianapolis Metropolitan Police Department detectives interviewed witnesses who had accompanied Llamas-Juarez to meet the seller of an iPhone 6 posted on the app OfferUp.

Witnesses told police that Llamas-Juarez was sitting in the passenger seat of a vehicle when three men in their early 20s approached. After talking for a few moments, witnesses said, one of the men pulled an automatic rifle out of his jacket, pointed it at Llamas-Juarez and fired once into his chest.

Electronic and cellphone records were used to help identify Thomas as a suspect in the murder. The IMPD digital forensics unit provided data that linked Thomas to the OfferUp post through his Facebook account.

In addition, during the execution of a search warrant at Thomas’ home, a box containing .223-caliber rifle ammunition was found in the suspect’s bedroom closet, the same type used to kill Llamas-Juarez.

A fingerprint examiner also discovered prints on the inside of the iPhone box found in the victim’s car and identified them as those of Thomas.