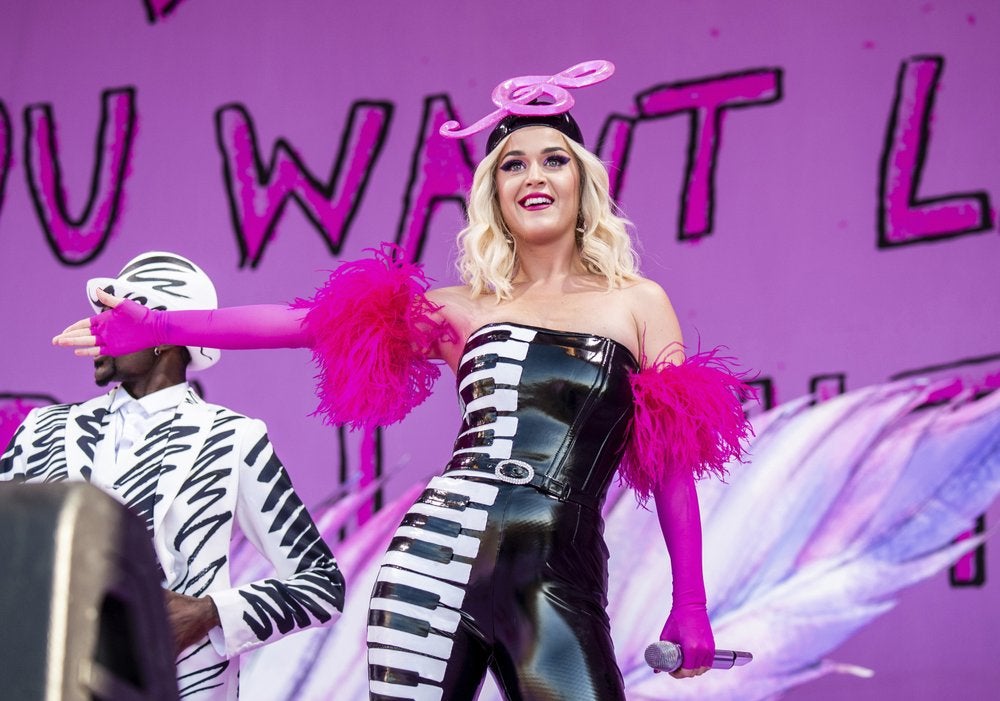 FILE - This April 27, 2019 file photo shows Katy Perry at the New Orleans Jazz and Heritage Festival in New Orleans. The penalty phase in a copyright infringement trial will begin Tuesday, July 30, 2019, in Los Angeles and will determine how much Perry and other creators of her hit song “Dark Horse” will owe for improperly copying elements of a 2009 Christian rap song. (Photo by Amy Harris/Invision/AP, File)
by:
Posted: Aug 1, 2019 / 05:23 AM EST / Updated: Aug 1, 2019 / 05:23 AM EST

LOS ANGELES (AP) — Jurors are set to hear closing arguments before deciding how much Katy Perry, her collaborators and her record label owe the writers of a Christian rap song over her hit “Dark Horse.”

Lawyers for Perry and for the rapper, Marcus Gray, will make their final cases to jurors on Thursday and are likely to present wildly different numbers.

The trial has since been in a damages phase where attorneys argue how much Gray should get.