Just 7 Democrats on stage for the latest presidential debate 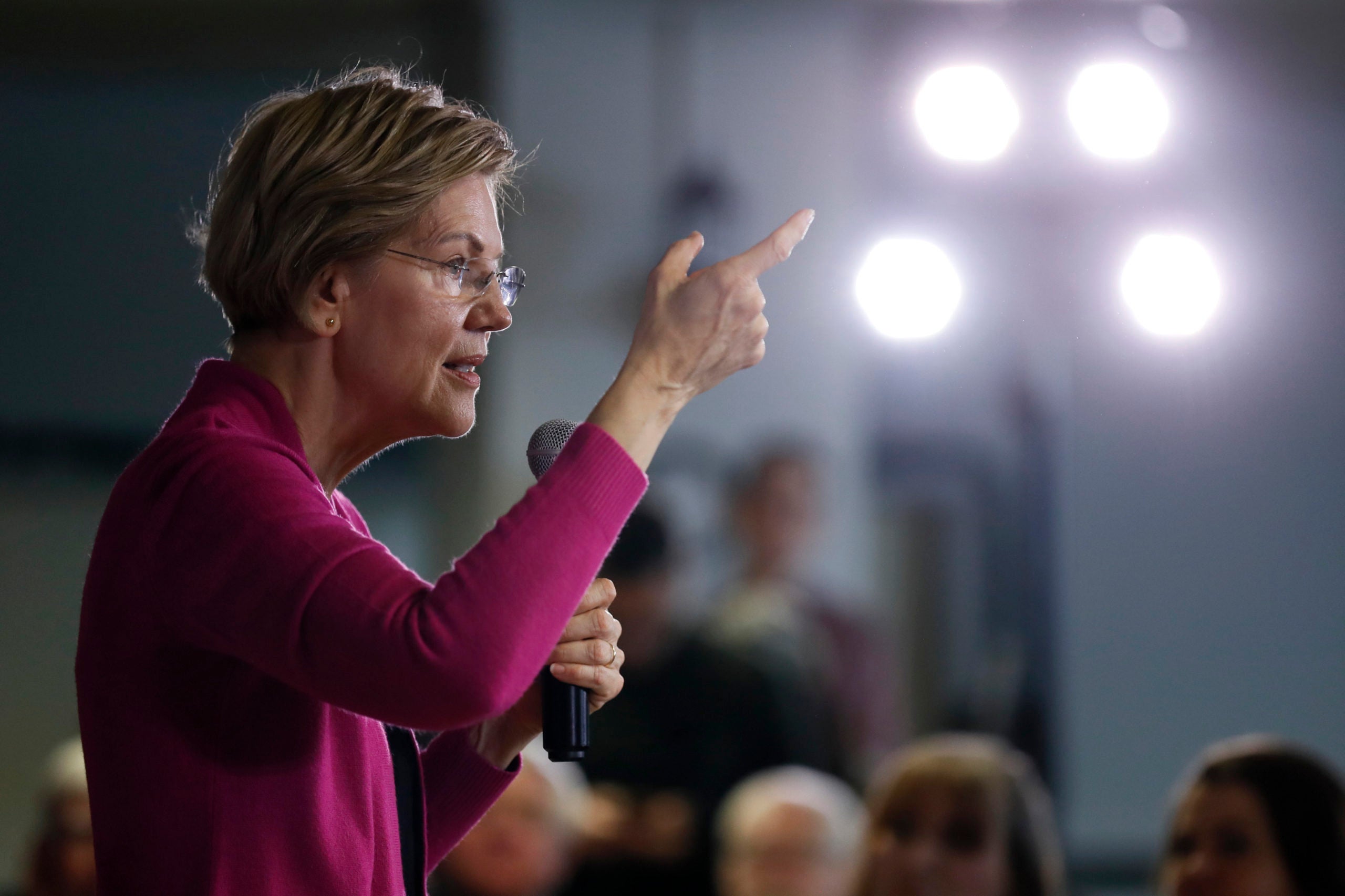 LOS ANGELES (AP) — A winnowed field of Democratic presidential contenders takes the debate stage for a sixth and final time in 2019, as candidates seek to convince anxious voters that they are the party’s best hope to deny President Donald Trump a second term next year.

Thursday night’s televised contest ahead of Christmas will bring seven rivals to heavily Democratic California, the biggest prize in the primary season and home to 1 in 8 Americans. And, coming a day after a politically divided House impeached the Republican president, the debate will underscore the paramount concern for Democratic voters: Who can beat Trump in November?

With voters distracted by the holidays and the impeachment proceedings in Washington, the debate in Los Angeles could turn out to be the least watched so far. Viewership has declined in each round though five debates, and even campaigns have grumbled that the candidates would rather be on the ground in early voting states than again taking the debate stage.

The lack of a clear front-runner reflects the uncertainty gripping many voters. Would Trump be more vulnerable to a challenge from the party’s liberal wing or a candidate tethered to the centrist establishment? Should the pick be a man or a woman, or a person of color? The Democratic field is also marked by wide differences in age, geography and wealth, and the party remains divided over issues including health care and the influence of big-dollar fundraising.

There will be a notable lack of diversity onstage compared to earlier debates. For the first time this cycle, the debate won’t feature a black or Latino candidate.

Conspicuously missing from the lineup at Loyola Marymount University on Thursday will be former New York City Mayor Michael Bloomberg, a billionaire who is unable to qualify for the contests because he is not accepting campaign donations. But even if he’s not on the podium, Bloomberg has been felt in the state: He’s running a deluge of TV advertising in California to introduce himself to voters who probably know little, if anything, about him.

Bloomberg’s late entry into the contest last month highlighted the overriding issue in the contest, electability, a sign of the unease within the Democratic Party about its crop of candidates and whether any is strong enough to unseat an incumbent president. The eventual nominee will be tasked with splicing together the party’s disparate factions — a job Hillary Clinton struggled with after defeating Sanders in a long and bitter primary fight in 2016.

Biden adviser Symone Sanders said to expect another robust exchange on health care. “This is an issue that is not going away and for good reason, because it is an issue that in 2018 Democrats ran on and won,” she said.

Jess O’Connell with Buttigieg’s campaign said the candidate will “be fully prepared to have an open and honest conversation about where there are contrast between us and the other candidates. This is a really important time to start to do that. Voters need time to understand the distinctions between these candidates.” The key issues: health care and higher education.

The unsettled race has seen surges at various points by Biden, Warren, Sanders and Buttigieg, though it’s become defined by that cluster of shifting leaders, with others struggling for momentum. California Sen. Kamala Harris, once seen as among the top tier of candidates, shelved her campaign this month, citing a lack of money. And Warren has become more aggressive, especially toward Buttigieg, as she tries to recover from shifting explanations of how she’d pay for “Medicare for All” without raising taxes.

In a replay of 2016, the shifting race for the Democratic nomination has showcased the rift between the party’s liberal wing, represented in Sanders and Warren, and candidates parked in or near the political center, including Biden, Buttigieg and Bloomberg.

Two candidates who didn’t make the stage will still make their presence felt for debate watchers with ads reminding viewers they’re still in the race.

New Jersey Sen. Cory Booker and former Housing Secretary Julián Castro are airing television ads targeted to primary voters during the debate. Booker’s is his first television ad, and in it he says even though he’s not on the debate stage, “I’m going to win this election anyway.” It’s airing as part of a $500,000 campaign, running in Iowa, New Hampshire, Nevada and South Carolina, as well as New York, Washington, D.C., and Los Angeles. A pro-Booker super PAC is also going up with an ad in Iowa highlighting positive reviews of Booker’s past debate performances.

Meanwhile, Castro is running an ad, in Iowa, in which he argues the state should no longer go first in Democrats’ nominating process because it doesn’t reflect the diversity of the Democratic Party.

Both candidates failed to hit the polling threshold to qualify for the debates and have in recent weeks become outspoken critics of what they say is a debate qualification process that favors white candidates over minorities.