‘Just Be Kind Club’ making a difference, changing the world 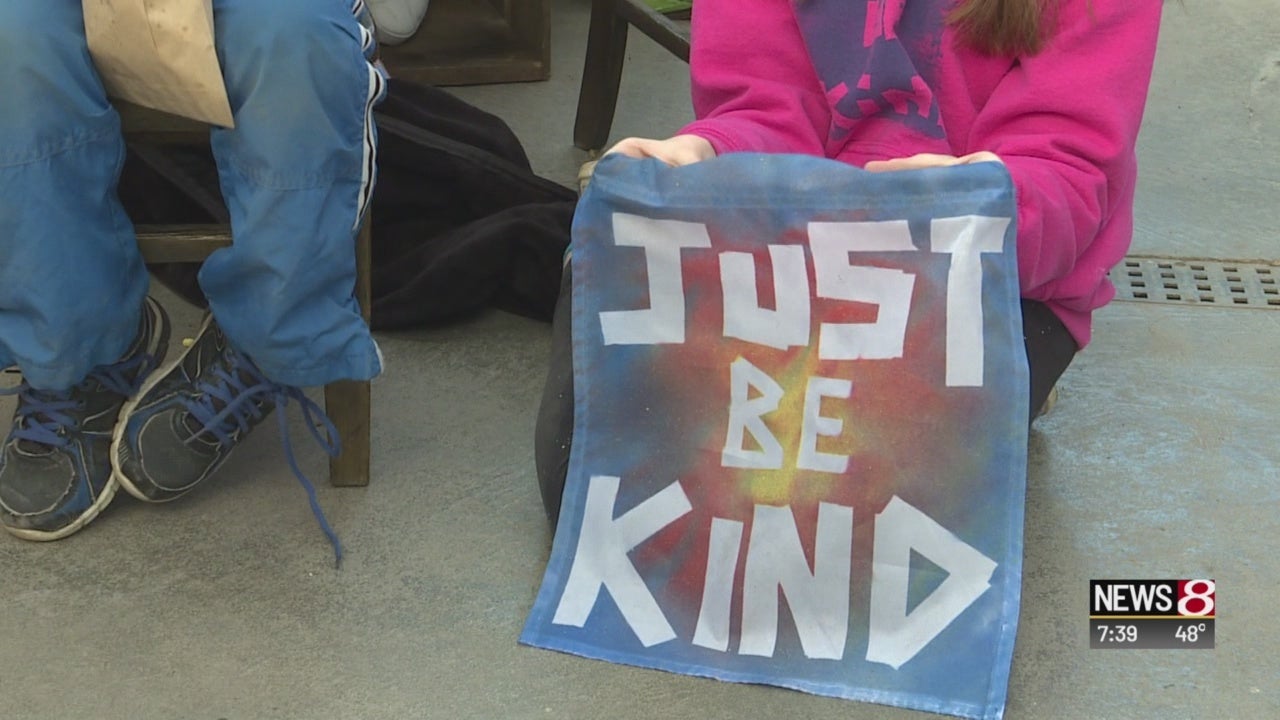 INDIANAPOLIS Ind. (WISH) – The group the “Just be Kind Club” was started four years ago.  It was started by a group of kids in order to help raise money for charity. Several of their signs can be seen around Plainfield or the west Indianapolis area.

Now, the group includes dozens of kids of all ages helping make a difference in their community, with a simple philosophy. Kids of all ages, from five-year-olds to high schoolers, get together. It got off the ground with the help of Andrea Hilton. She’s the adult helper and she refuses to be called the leader.

Hilton helps the kids figure out how to spend the money they raise from selling shirts and keychains and gathering donations. There’s no roll call, anyone can join or miss a meeting because life is life. Their motto resonates into everything they do for the community.

“They talk about how easy it is to be kind because it is and they don’t understand what they’re doing for other people,” said Hilton. “They don’t care, it’s just how you’re supposed to be.

They also give back with their time. For example, they helped place pinwheels by the road for Child Abuse Awareness Month. They make all of these t-shirts and signs then sell them online to raise money. Both products have made it around the world, including China and the Congo.

To learn more about the group, click here and here.